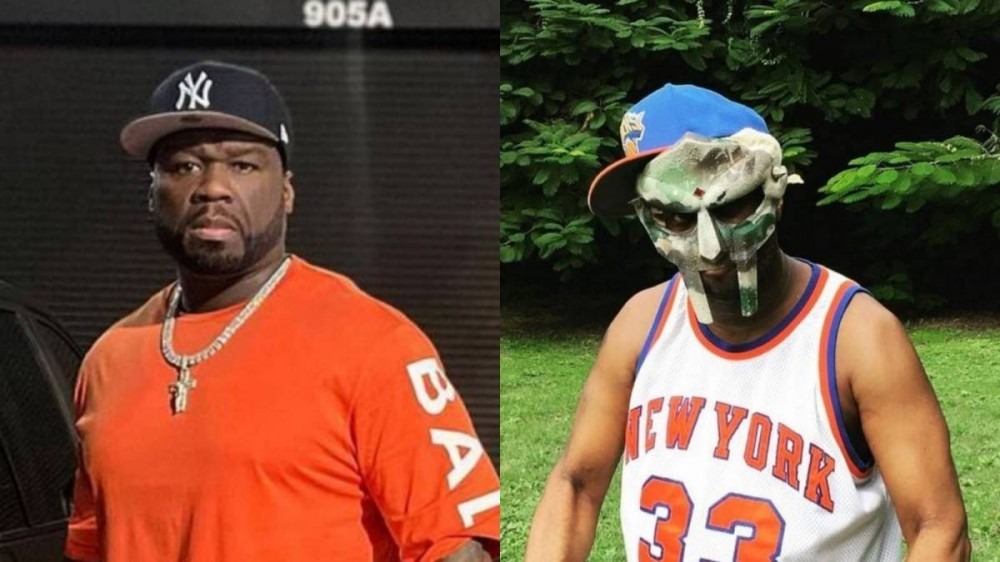 Twitter Hip Hop fans have spoken and apparently, they believe 50 Cent is a better artist than the late MF DOOM.

In an ambitious bracket-style poll Twitter user @HipHopEsp tweeted on Thursday (December 31), 16 rappers — including Kanye West, JAY-Z and Eminem — were put in head-to-head matchups comparing their careers and discographies for the purpose of crowning the G.O.A.T. MC. Of the numerous eyebrow-raising polling results, such as Eminem’s dominant win over Boogie Down Productions Hip Hop legend KRS-One, 50 Cent’s win over the late MF DOOM seemed to make the most noise.

“First hot take of the year,” the user wrote in a tweet with the voting results. “In terms of greatness, 50 Cent is better than MF DOOM.”

First hot take of the year:

Even though 50 Cent earned nearly 70 percent of the votes cast in the poll, the verdict caused supporters from both sides to expose their allegiance to either rapper to both qualify and or deny the results.

In reply to the tweet above, user Donny wrote, “50 Cent sold more in his first week on his debut album then MF DOOM did his entire career, don’t mention these two names in the same breath.”

50 cent sold more in his first week on his debut album then mf doom did his entire career, don’t mention these two names in the same breath

With his win over MF DOOM, 50 Cent advanced to the semi-final round with top-tier lyricists such as Biggie, 2Pac, JAY-Z, André 3000 and Eminem. He will be now be facing off against Dr. Dre.

WHO IS THE GREATEST RAPPER OF ALL TIME?

Vote in the polls below for your favorite rapper in each duel.

In August 2021, Eminem actually gave flowers to both 50 Cent and the late MF DOOM in his guest verse on Nas’ King’s Disease II track “EPMD 2”  — which Fifty obliged in an Instagram post praising the anointed rap god’s lyrical talent.

“R.I.P. out to DMX, Stezo, E and Nipsey/Ecstasy and Prince Markie Dee, MF DOOM, I hit 50 via text/ Told him that I love him ‘cause I don’t even know when I’ma see him next,” Eminem raps on the record.

Revisit the stream to “EPMD 2” below.