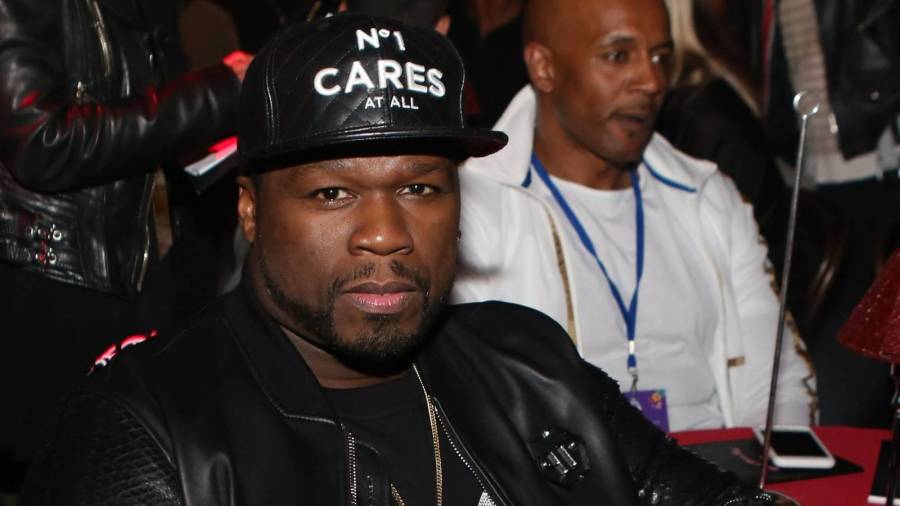 The 20th anniversary of the World Trade Center attacks fell on Saturday (September 11). The harrowing event was the deadliest terrorist attack in human history, with 2,977 fatalities, over 25,000 injuries and significant long-term health consequences for many of the first responders. It also caused over $10 billion in infrastructure and property damage in the New York City area and beyond.

As people commemorated the horrific day on social media, 50 Cent found himself in hot water once again for choosing to promote his various brands alongside a photo of the twin towers.

On Saturday afternoon, the television executive posted a black-and-white photo of one of the hijacked planes heading for the South Tower as smoke billows from the North Tower on both Twitter and Instagram. He wrote, “This day will forever be remembered, to those who lost loved ones my condolences.”

This day will forever be remembered, to those who lost loved ones my condolences. #bransoncognac #lecheminduroi pic.twitter.com/V9cN02Xigd

While it was seemingly a heartfelt sentiment, it was the hashtags at the end — #bransoncognac and #lecheminduroi — that got under people’s skin.

“Did you seriously fucking hashtag your liquor on a 9/11 post?!?!” one person tweeted, while another said with a healthy dose of sarcasm, “My thoughts and prayers are with the little bottles of cognac and champagne that were aboard #AA11 and #AA77 and #UA175 and #UA93 today… #BransonCognac.”

Others accused 50 Cent of having “zero class” and being “tacky.”

“Damn if you didn’t see Raising Kanan check it out,” he captioned the post. “that fentanyl is no joke, killing the clientele. RIP michael k. williams.”

Williams called out 50 Cent for allegedly spreading a false rumor about James “Jimmy Henchman” Rosemond getting jumped behind bars in 2018, which led to a brief social media spat between the two. Their sordid history made the post even more questionable to Williams’ fans.

Check out some of the reactions to 50 Cent’s September 11 post below.

The fact that 50 Cent tagged a champagne and a cognac for a 9/11 post will remain the wildest thing I’ve seen so far in my life https://t.co/Jv51hG0l8Z

50 Cent’s promotional campaign for his line of cognac has included appearing at a HyVee in South Dakota and this 9/11 tweet. Incredible stuff. https://t.co/Zo6ciGWUCR

When you want a brandy that tastes like the ashes of 3000 dead Americans, choose Branson Cognac. https://t.co/ELqM1FMw6f

Never miss an opportunity to promote your brand, folks https://t.co/ZBZN1s3OA8