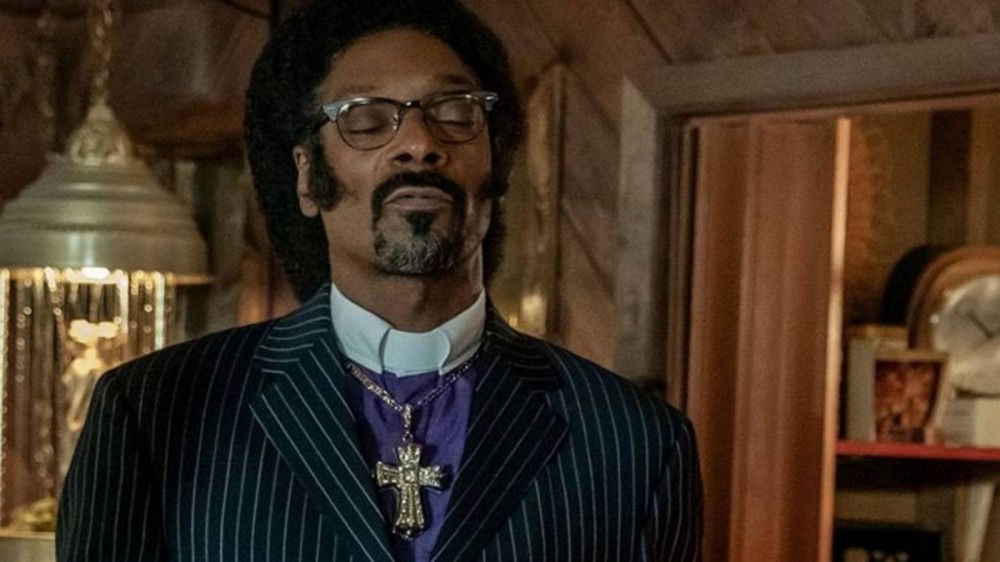 Snoop Dogg and marijuana go together like Starsky and Hutch, peanut butter and jelly and Smith & Wesson. The multi-hyphenate artist has proudly puffed on a seemingly never-ending blunt since stepping onto the scene with Dr. Dre and The Chronic in 1992.

With the exception of a 180-day stretch of sobriety in 2002 and brief hiatus in 2016, Snoop Dogg has had a pretty steady run of weed smoking. But that doesn’t mean people haven’t tried to get him to stop. During an appearance on Jimmy Kimmel Live last month, 50 Cent confessed he gave it a shot.

On Sunday (October 10), just before Snoop Dogg was to appear on 50 Cent’s new STARZ series, Black Mafia Family, the show’s executive producer clowned the D-O-Double-G for his weed habit and appeared to accept the fact Snoop will always be high.

“let us all pray,” he wrote alongside a photo of Snoop dressed as his character, Pastor Swift. “God, grand me the SERENITY to accept the things I cannot change, the COURAGE to change the things I can, and the WISDOM to know the difference. BECAUSE @snoopdogg is not gonna stop smoking weed. LOL BMF tonight! GreenLight Gang.”

let us all pray God, grant me the SERENITY to accept the things I can not change, the COURAGE to change the things I can, and the WISDOM to know the difference. BECAUSE @snoopdogg is not gonna stop smoking weed. LOL BMF 🔥tonight!🚦GreenLight Gang @bransoncognac @lecheminduroi pic.twitter.com/Sh91TnH1C6

50 Cent was originally planning on playing the role of Pastor Swift but was too busy with his other television endeavor, Raising Kanan.

Speaking to Newsweek last month, he explained, “I actually threw myself out of this one. I was originally cast to play Pastor Swift, the role that Snoop [Dogg] is now playing.

“It’s because I knew I had to market this whilst also doing promotional stuff for Raising Kanan which I did a voiceover for, and I didn’t want that to be in people’s minds when I reappeared in BMF.”

Gap Band legend Charlie Wilson was one of the few who was able to convince Snoop Dogg to stop smoking in 2002. During an interview with AllHipHop, Snoop admitted he felt like a hypocrite.

“Drugs cloud your vision,” he said at the time. “I was having fun when I was getting high. Don’t regret none of the times I was on it. That was me, Snoop Dogg: Stoner of the Year. Don’t give a fuck. That’s how I did that… I said ‘Let me stop smoking dope so I can get a better vision of myself, see who I am and what I mean to the world. What I mean to my kids and what I mean to life in general.’

“I used to do public service announcements and tell the kids, ‘Say no to drugs” and high as fuck – very hypocritical. That’s one thing my momma always told me, ‘If you gonna do something, baby, mean it. Do not be hypocritical. Do not say, Don’t do this and you turn around and do the same thing.’ I took that to heart.”

But Snoop was back to smoking after those 180 days were up. He later quit again in 2016 but only for a short spell.