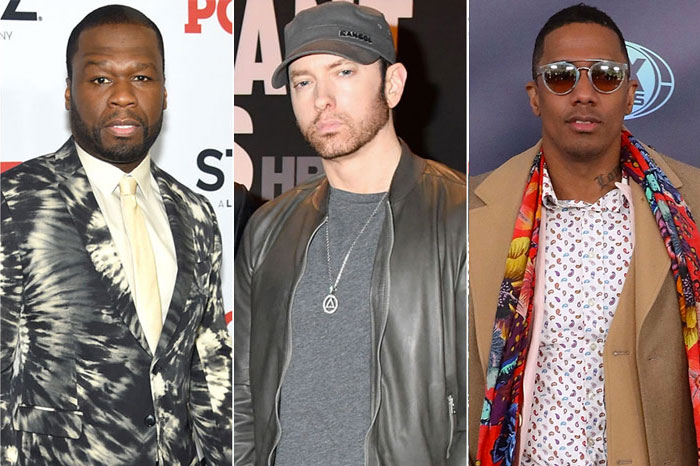 Eminem is getting some sound advice from 50 Cent.

According to The Wrap, the “Power” mogul advised his mentor not to respond to Nick Cannon’s trio of diss tracks.

“I told him don’t even say nothing to him,” said 50 while promoting his upcoming ABC drama “For Life” during ABC’s Television Critics Association press tour day. “The record is terrible.”

Cannon dropped three diss tracks aimed at Marshall Mathers including the Suge Knight-assisted “The Invitation,” “Pray for Him,” and “Canceled: Invitation,” on which he calls Em the “KKK of this generation.”

“You can’t argue with a fool,” added 50 when asked about the beef. “When you understand that a person is not registering even when they’re losing, then the argument goes forever. So you should just stop.”

Eminem reignited the decade-old feud when he dissed Cannon and his ex-wife Mariah Carey on Fat Joe’s Family Ties track “Lord Above.” The Detroit rapper never issued a response record, but he briefly addressed the “Wild ‘N Out” host on Twitter.

50 recently sparked his own feud with French Montana. After going back and forth on social media, French declared that the beef was over.