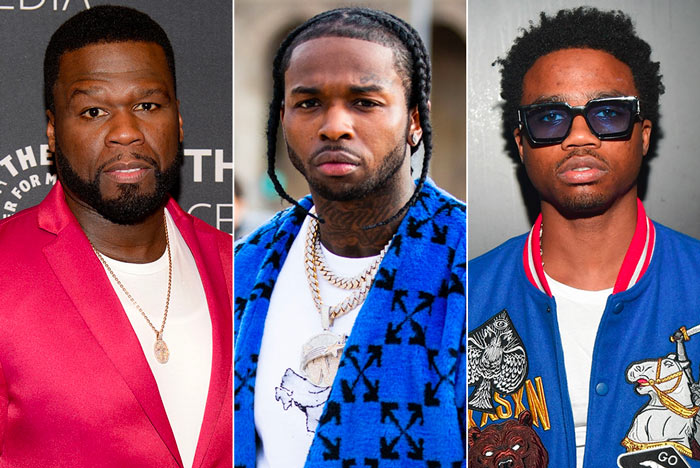 Pop Smoke’s album is on the way featuring 50 Cent.

The “Power” mogul has revealed that he has a collaboration with the late rapper on his posthumous album, Shoot for the Stars, Aim for the Moon. The unnamed track also features Roddy Ricch.

In March, 50 announced that he wanted to executive produce Pop Smoke’s album. He put out a call for big-name collaborators including Drake, Post Malone, Chris Brown, and Roddy. “Tell @roddyricch i’m looking for him, i need him on Pop album,” 50 wrote.

It didn’t take long for Roddy to answer his call. “Say less,” responded “The Box” rapper.

Earlier this month, Pop Smoke’s estate released “Make It Rain” featuring Rowdy Rebel, the first single off his posthumous debut, Shoot for the Stars, Aim for the Moon, which is due July 3.

His family has also announced his non-profit Shoot for the Stars, which the Brooklyn rapper established prior to his passing in February. “The foundation is meant to inspire inner city youth to do just what the name states, ‘shoot for the stars,’ and help urban youth everywhere turn their pain into champagne by making their dreams a reality,” said his mother, Ms. Jackson, who will lead the foundation.