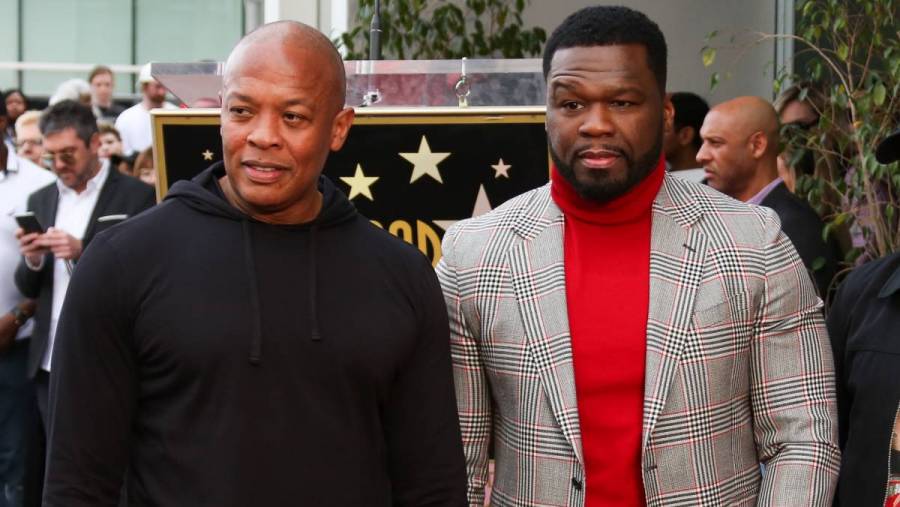 Dr. Dre reportedly suffered a brain aneurism on Monday (January 4) and was rushed to Cedars-Sinai Medical Center in Los Angeles by ambulance. However, the Hip Hop mogul quickly assured everyone he was in good health as the news broke on Tuesday (January 5), with tons of support messages coming in from friends and collaborators.

50 Cent was one of those who took to Instagram to share his well wishes for Dre and urged him to take some downtime.

“get well dre,” he wrote under a throwback photo. “stress kills relax.”

Snoop Dogg also shared several posts on Instagram, including a video of himself, Dre, 50 Cent, Eminem and Wiz Khalifa performing at Coachella.

“Send your love and prayers to the homie Dr. Dre,” he wrote alongside a photo with Dre on the Hollywood Walk of Fame in 2017.

Send your love and prayers to the homie Dr. Dre. pic.twitter.com/dWSgzunpjj

According to TMZ, the N.W.A legend was “stable and lucid” while doctors were doing a battery of tests to find out what caused the bleeding. Dr. Dre personally shared an Instagram message thanking medical staff for their support and stated he would be out of hospital soon.

“Thanks to my family, friends and fans for their interest and well wishes,” he wrote. “I’m doing great and getting excellent care from my medical team. I will be out of the hospital and back home soon. Shout out to all the great medical professionals at Cedars. One Love!!”

Happy To Hear The Legendary @drdre is Making A Speedy Recovery. We’re All Praying For You Snipe.

I didn’t want this to be my first tweet of 2021 but I had to stop working just to say I just prayed for Dr. Dre and his family.

Me and my family are with you

🥺Prayers up for Dr. Dre and his family for healing & Strength over his mind & body🙏🏾 https://t.co/WI4k3d9U4w

Noooooo not Dr Dre 🙏🏿🙏🏿🙏🏿 praying for a speedy recovery