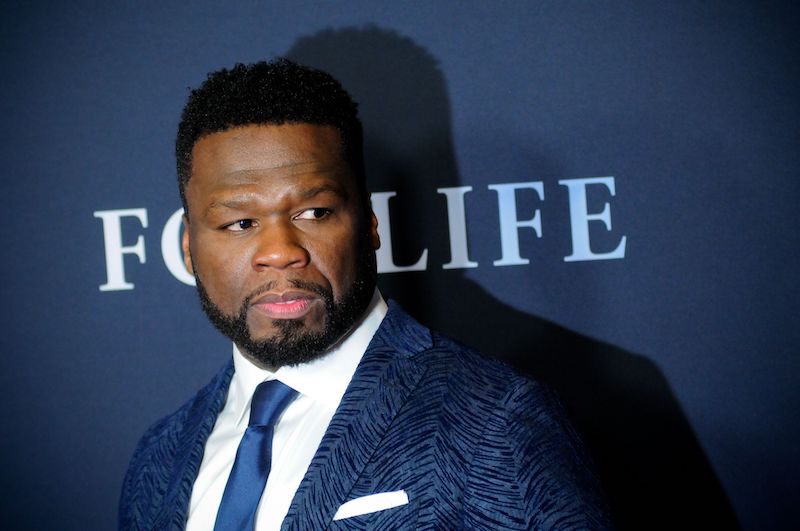 50 Cent though being known for making hit records and having sold-out shows has been making a name for himself as a television executive. The success of Power and its spin-offs have played a significant role in STARZ’s recent success while BMF is slowly becoming one of the most addictive series on the network while fans can’t get enough of it.

According to The Hollywood Reporter, there can be some major changes happening for 50 Cent in the near future as Lionsgate explores options to either sell or launch a spin-off of Starz. Executives at Lionsgate revealed that they were considering branching off following its quarterly reveal.

The Company’s Board of Directors authorized the Company’s management team to explore potential capital market alternatives for its Media Networks business (STARZ) including, but not limited to, a full or partial spin-off, split-off, issuance of a tracking stock, or other transactions,” a regulatory filing reads. This was revealed on  November 2, 2021, of course, this did not sit lightly with 50 Cent who believes STARZ’s recent success is due to his productions being aired on the network.

The “Get Rich Or Die Tryin,” rapper took to Instagram on Friday where he shared a screenshot of The Market Watch’s article on the news. “No Raising Kanan, No BMF, what do you think made their stock jump? I gave them two hits back to back Smh,” he wrote. “These people be crazy, smart as hell but no common sense.”

He then took to the comment section to reveal his intentions to potentially buy the network out. “I’m gonna look into buying the STARZ network,” he added.

His frustration with STARZ and Lionsgate extended to Sunday morning when the latest episode of BMF didn’t air. At the wee hours of the morning, 50 Cent revealed that the show would not be coming on this week, adding that he was off the Internet until then. “I’m out til next week Saturday 12am because the shit people are gonna say when they find out BMF is not coming on this week,” he wrote with a facepalm emoji before encouraging people to catch up with previous episodes.

50 Cent made his feelings about Starz abundantly clear after they apparently pushed the episode back while fans anticipate Lamar’s next move. The rapper accused the network of putting up episode 7 before removing it from their platform. The worst part of this is this is the episode that 50 Cent directed.

“Starz is a shit show, they better sell it fast. They put the f*****g BMF show on, then took it down. what network does s**t like that? They just ruined the anticipation of the episode I directed, I WORKED HARD ON THIS. I can’t work with these people anymore,” he added.

Episode 7 of BMF is expected to drop on Nov. 14th. Stay tuned for more updates.