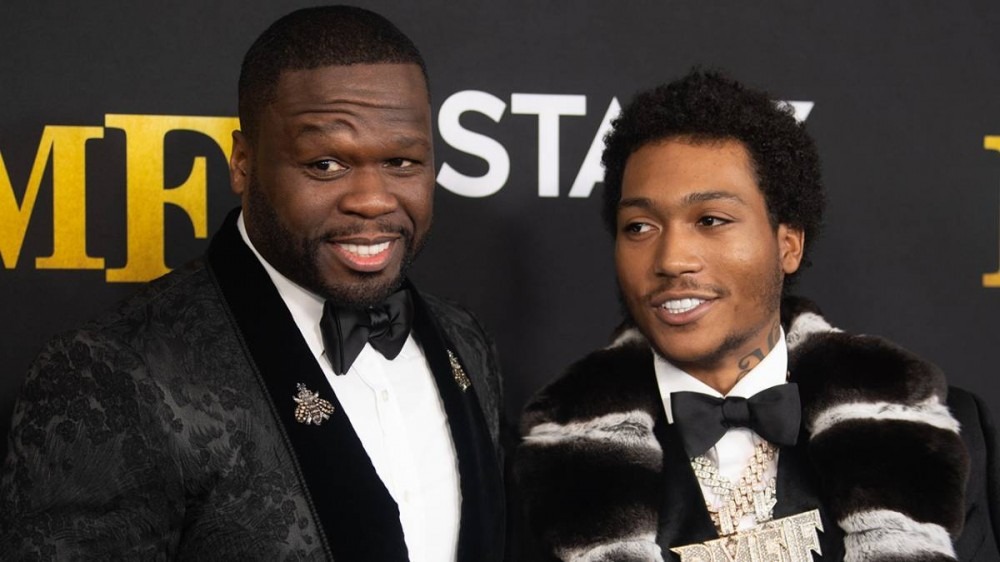 Hip Hop culture and jewelry go hand-in-hand. Rappers love buying excessive chains and showing them off, but there are unwritten rules that come with wearing iced-out pieces.

On Thursday (March 24), BMF star and actor Lil Meech was hanging out with 50 Cent, who ended up putting on the massive BMF chain Meech walks around with on occasion. The whole piece is really something to marvel at with all the diamonds and the large BMF pendant that make it come to life. According to 50, though, Meech has to be careful wearing it.

50 added with a laugh, “This should come with a Draco.”

The Queens rap legend then began to pose with the chain when Meech asked him how the iced-out piece felt on his body.

“This shit feels good — wait! Get the strap,” 50 said before opening the car door behind him.

Famous Hip Hop jeweler Elliot Eliantte made Lil Meech’s BMF chain, as the actor revealed in a separate Instagram Story. Eliantte gave people a look at the chain on his own Instagram account last week and even posed with the piece around his neck.

When 50 Cent isn’t giving tips on how to walk around with expensive jewelry, he’s doing other acts of community service like funding a student’s college education. On Wednesday (March 23), the G-Unit boss took to Instagram to announce he’s awarded a $48,000 college scholarship to a Houston, Texas high school student through the G-Star program he helped launch last year.

“My G Stars are no joke, Kennedy from Kashmere HS was just awarded a four year scholarship to the University of Texas!” he captioned a photo of the student holding her check. “I’m So proud of these kids. H TOWN you know the vibes she gonna get to the bread.”