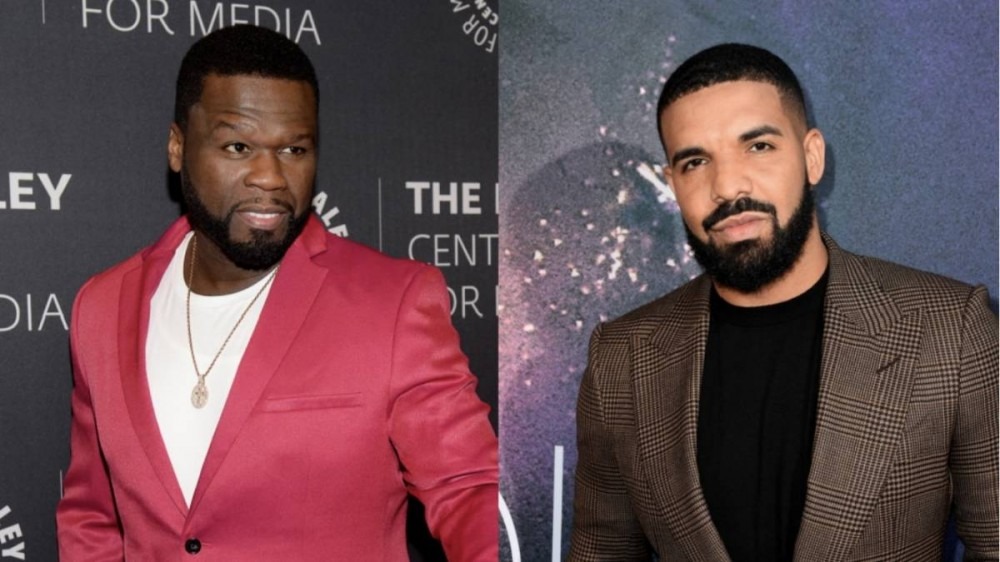 Before he became a worldwide star as a rapper, Drake was just an actor on a Canadian TV show called Degrassi: The Next Generation. Drizzy played the role of Jimmy Brooks, a high school basketball star that loved Hip Hop.

Throughout his tenure on the show, Drake wore Hip Hop fashion from head to toe, and one of his outfits is getting recognized by a New York rap legend. On Thursday (May 26), 50 Cent took to his Instagram with a post of himself looking at Drake’s IG Story. The seconds-long clip showed the Toronto megastar rocking an oversized t-shirt with 50’s name on the front.

“Degrassi fits were serious,” Drake wrote in the Story which led 50 to write in his caption, “That boy @champagnepapi came wit it, he got off that show and made some real fvcking hits man. @bransoncognac @lecheminduroi.”

The 6 God left Degrassi in 2008 to focus on his then-budding rap career, which proved to be a smart move on his part. He has yet to join forces with 50 Cent on a song, but fans in the G-Unit boss’s comment section were calling for the collaboration to happen soon.

This isn’t the first time 50 has mentioned Drake, either. Back in 2020, the South Jamaica, Queens legend called for the 6 God to take on his mentor Lil Wayne in Verzuz. According to 50 Cent, those two competing against each other would make perfect sense.

“I think because of the momentum, the best thing would probably be [Lil] Wayne vs. Drake,” 50 said. “To keep it real with you. There’s two different styles in the same period so it will be entertaining enough to watch both of them.”