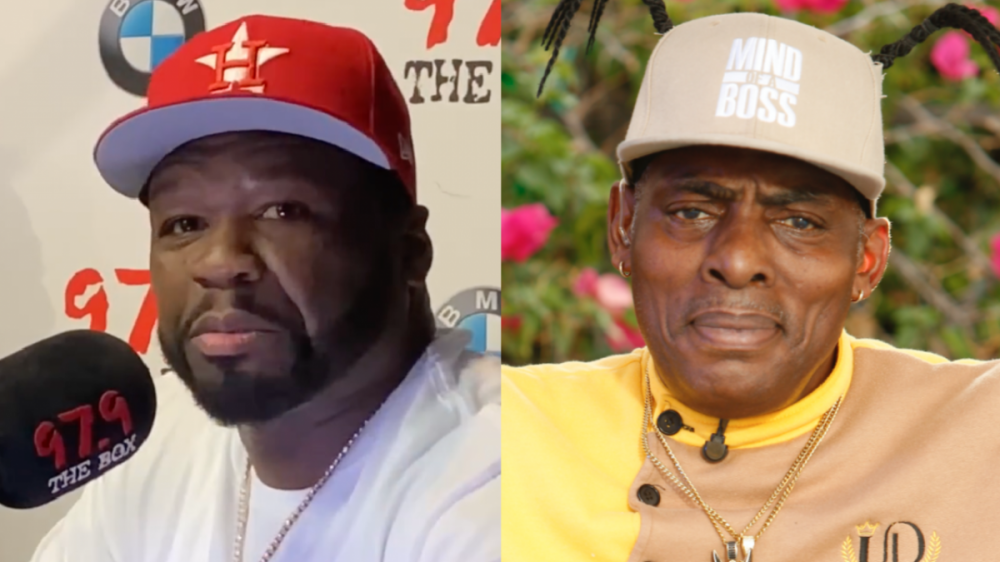 50 Cent has shared a video of Coolio giving him props for fighting three guys following the “Gangsta’s Paradise” rapper’s death earlier this week.

Taking to Instagram on Thursday (September 29), the Power mogul posted footage of him hanging out with Coolio backstage in Europe, where the West Coast legend recalled the time 50 silenced a group of hecklers outside a club.

“One time I pulled up at this club, you was walking out, and it was three n-ggas outside talking shit,” Coolio tells 50 in the clip. “It was three n-ggas talking shit and security weren’t gonna do nothing and you said, ‘I got this.’ You did your little smile and said, ‘What you say?’ BAM! The n-gga slid like seven feet and he was on the ground.

“One of them tried to run and you grabbed him by the hoodie and BAM! Threw him down. The other one tried to run. Boom, you swept that n-gga. Ah man, that shit was funny as a muthafucka. I was in the car, I was in the limo. I said, ‘Fif, you a cold n-gga!’ You said, ‘What’s up, legend.’ That shit was fire. I’ll never forget that shit.”

Fellow G-Unit rapper Tony Yayo also shared a video with Coolio from the same night, soundtracked by Pooh Shiesty and Lil Durk‘s “Back in Blood.”

“Rip to @coolio a Grammy award winner and legend in this Hip Hop game,” he wrote in his Instagram caption. “Gave him his flowers in Europe glad I had a chance to meet him.”

Coolio passed away on September 28 at the age of 59. The rapper’s longtime manager, Jarez, said he was found laying on the bathroom floor at a friend’s house in Los Angeles, where he was pronounced dead.

An official cause of death has yet to be announced, but Jarez said paramedics believed he suffered a cardiac arrest.

Outside of California, LL COOL, Chuck D and Killer Mike also mourned his death, along with movie and TV stars like Michelle Pfeiffer, who famously starred in his “Gangsta’s Paradise” video.

“Heartbroken to hear of the passing of the gifted artist @coolio,” wrote Pfieffer in a heartfelt Instagram post. “A life cut entirely too short … I remember him being nothing but gracious. 30 years later I still get chills when I hear the song.”