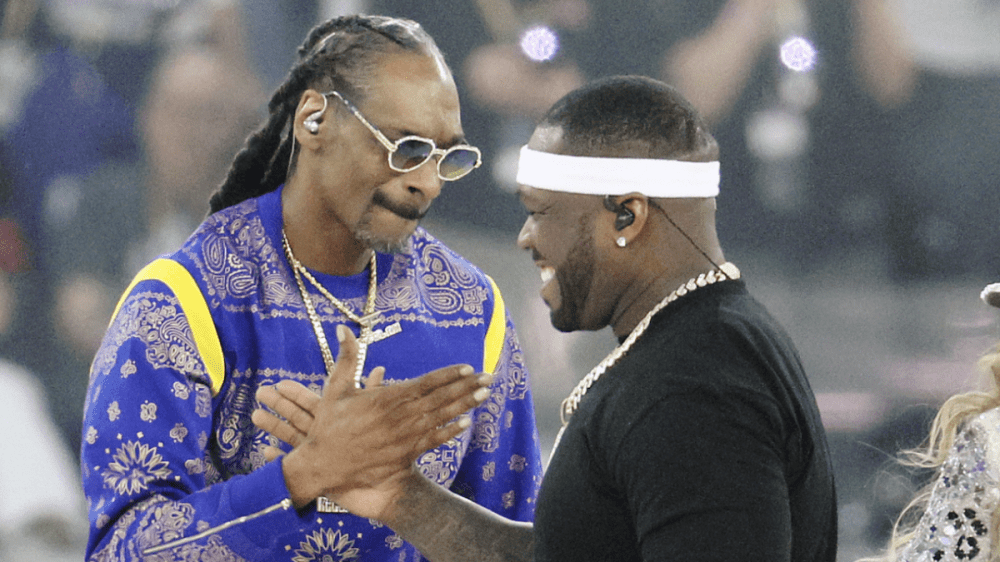 While repping opposite coasts, 50 Cent and Snoop Dogg have had a solid relationship for the better part of two decades now.

From doing songs together, having Snoop appear as a pastor in BMF, to hitting the Super Bowl stage together earlier this year, the G-Unit and Death Row icons have accomplished a ton in their decorated Hip Hop careers, but Snoop says he’s the one still learning from 50’s greatness.

During his appearance on Million Dollaz Worth of Game in November, Snoop Dogg showed 50 Cent a ton of love by calling him a legend in rap and says he’s still taking notes from him to this day.

“50 is going to be a legend in rap forever,” Snoop stated. “His records, movies, shit he did just changed the whole game of New York, to run New York for a little bit and put that New York spirit back in the game. He did that. He figured that shit out and he got that shit on lock.

“I’m a student right now and I’m tryna learn from him. It’s true, you can teach an old dog new tricks — it’s if he’s willing to listen.”

50 Cent caught wind of the clip late Monday (March 21) and reposted it to his Instagram while thanking Snoop Dogg for the kind words.

“@snoopdogg that shit you just said means way more then a award to me,” he replied.

Def Jam Records co-founder Russell Simmons hopped into the comments section to give both 50 and Snoop their flowers, writing, “And I’m still learning from both of you.”

50 Cent and Snoop Dogg still have major plans ahead. 50’s STARZ empire will continue to grow when it unleashes A Moment in Time: Murder Was The Case, an upcoming series revolving around Snoop’s 1993 first-degree murder case.

Both rap dignitaries will serve as executive producers on the project.