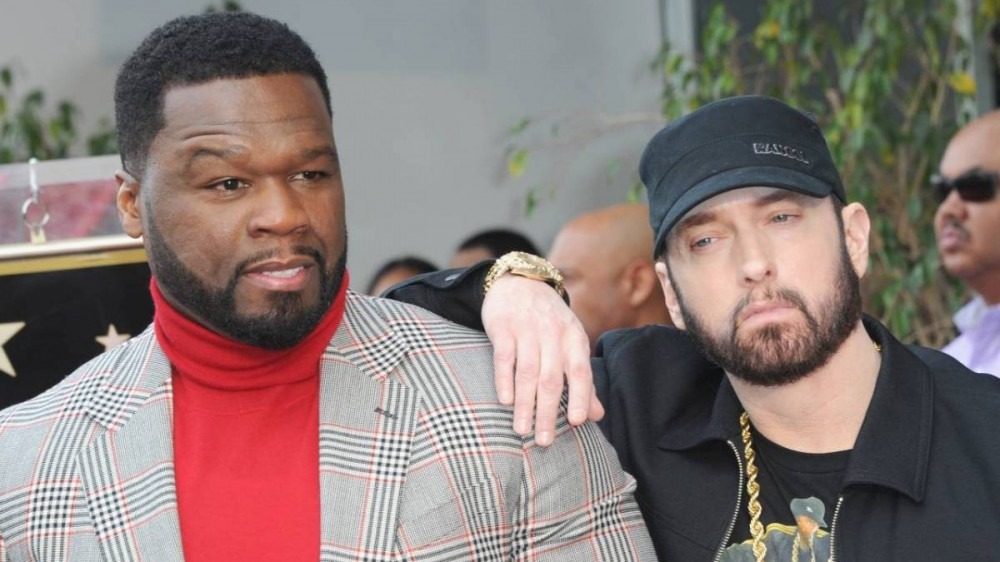 Los Angeles, CA – 50 Cent made his return to Jimmy Kimmel Live! on Thursday (September 16) to promote his upcoming Black Mafia Family series. Eminem, who has a role as “White Boy Rick” in an episode on the show, was brought up and 50 talked about how he had to “put pressure on him” to join the show.

The Queens legend believes Eminem had a “terrible experience” while filming 2002’s 8 Mile and that ruined what could’ve been a lucrative Hollywood career for Slim Shady.

“I think he had a terrible experience on the 8 Mile project because he didn’t want to go back ever again,” he thought. “There was a period Hollywood would offer me things to get him. Then his agent would go, ‘Yeah, this is good. Give it to 50 and let 50 take it.’

“Projects that are offering $8 million to do it and he’ll look at it and go, ‘I just think that we should do Warriors. I’m like, ‘Did you miss the $8 million?’ It didn’t move him at all and then he’d go, ‘Let’s just go record records.’”

Snoop Dogg is also part of the Black Mafia Family cast in the role of a pastor. 50 reflected on trying to get him to stop smoking weed while on set, which didn’t go over too well with the West Coast deity.