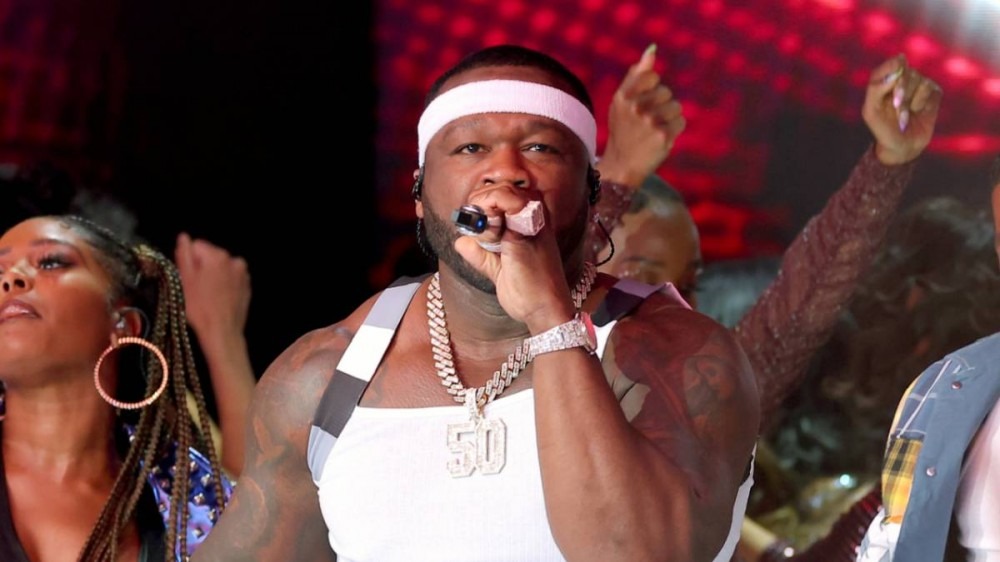 Los Angeles, CA – Just weeks after his surprise upside-down during Super Bowl LVI’s historic halftime show, 50 Cent returned to Los Angeles to once again play some of his biggest hits, but this time it was for famed YouTuber David Dobrik in his backyard.

While it remains unclear what Dobrik was celebrating, video of the party shows Dobrik standing gleefully in the crowd and watching as Fif runs through some of his biggest hits, including “Many Men” and “In Da Club.”

“David Dobrik’s backyard, home set!” the eager cameraman says as he pans to Fif on stage and Dobrik’s smiling face. “No way bro!”

Dobrik reportedly invited over some of the most notable streamers on the internet including Erika Costell, FaZE Banks, CouRageJD and others.

The performance reportedly happened on Thursday (March 17), which was also the same day the legendary rapper reignited his legal battle with Love & Hip Hop star Teairra Mari. As written in legal docs obtained by Radar, the Power mogul is attempting to snag the $50,000 he is reportedly owed and claims she’s been stalling on payments. He even demands she be questioned about her finances under oath.

Mari initially sued 50 Cent back in 2018 after he reshared a leaked sex tape of the VH1 star to his social media accounts.

A judge sided with Fif a year later, throwing out the lawsuit and demanding Mari pay the rapper $30,000 in legal fees. The additional $20,00 has come from other sanctions that have accumulated over the years, but according to the Queens rapper, Mari has been avoiding making any payments at all.

If a judge agrees to have Mari appear before the court and sign off on Fif’s order, the summons will reportedly read “If you fail to appear at the time and place specified in this order, you may be subject to arrest and punishment for contempt of court, and the court may make an order requiring you to pay the reasonable attorney fees incurred by the judgment creditor in this proceeding.”

50 added that Mari should be found in contempt for ignoring the initial ruling altogether. A judge has yet to sign off on 50 Cent’s order.