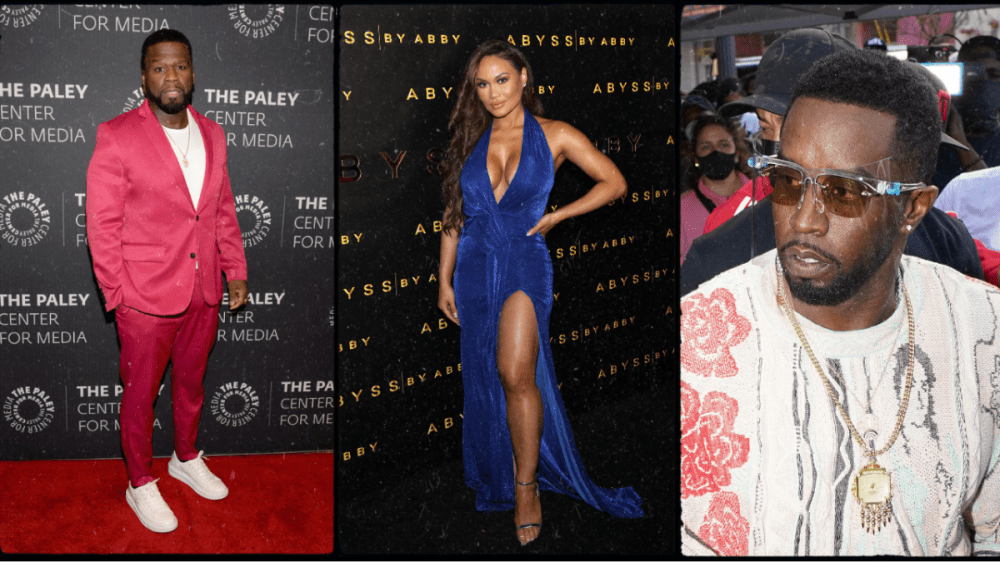 50 Cent and Diddy have been in competition for numerous things, whether it be business deals or the occasional rant about Black business. However when it comes to women, especially the women of his past, 50 doesn’t care what Puff may do.

After a photo surfaced of the Bad Boy mogul with Daphne Joy, the mother of 50’s son Sire Jackson, 50 immediately took to Twitter to voice his indifference towards it all – as only 50 can.

50 and Joy dated briefly before ending things in 2012, not before Joy gave birth to their son. Unlike his relationship with his eldest son Marques, the G-Unit television mogul has been a constant presence in Sire’s life, showering him with birthday gifts and often being spotted on his son’s Instagram page.

There’s been no official comment from Diddy on whether he and Joy are an item, but he’s been spotted with different women since his split with longtime beau Cassie in 2018 including Lori Harvey and model Tina Louise.

Even if his former flames move on to dating his Hip Hop pals, 50 does find joy in one thing: ridiculing celebs for terrible behavior. After former Boston Celtic Paul Pierce was unceremoniously fired from ESPN following a wild IG Live session featuring weed and strippers, 50 went in.

“Paul don’t give a fuck, He said they gonna fire me LOL,” 50 wrote on Instagram on April 6.