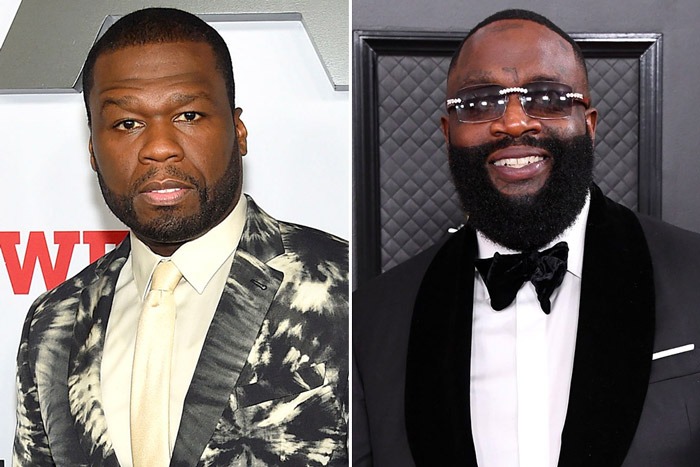 The hip-hop mogul’s five-year legal battle against Rick Ross has come to an end. In 2015, Fif filed suit against his rival for remixing his hit “In Da Club” on Ross’ Renzel Remixes mixtape. He was seeking upwards of $2 million from Rozay for using the beat without his permission.

In 2018, the judge tossed the case because 50 does not own the copyright or master recordings for the song, which belongs to Shady/Aftermath Records. The judge ruled that since 50 signed away his rights to the song as part of his agreement with Shady/Aftermath, he couldn’t sue Ross for sampling it. The case was dismissed without merit.

50 appealed and this week the Second Circuit of Appeals in NYC ruled in favor of Ross. Although Ross didn’t ask for approval to use the song on his mixtape, 50’s recording agreement still meant that he had “surrendered his rights to the use of his name, performance and likeness associated with the master recording of ‘In Da Club’ in connection with the advertising and marketing of ‘Phonograph Records,’” according to Complex.

The appeals court ruled that Ross was liable for copyright infringement to Shady/Aftermath but not to 50. While 50 doesn’t have the right to personally sue the Maybach Music mogul, he may request that Shady/Aftermath take legal action against Ross or seek damages from Shady/Aftermath for neglecting to protect his right to royalties by suing Ross.

“Today is a victory for talented artists, as well as those seeking to license the use of music,” said Ross’ lawyers at Lewis Brisbois Bisgaard & Smith LLP. “The Second Circuit’s opinion reaffirms the creativity of artists to freely express their performances in sampling or remixing of popular songs, while at the same time, still guaranteeing that those who seek to license such songs (from a publisher or copyright holder) may do so without necessarily having to separately obtain or contractually negotiate one’s right of publicity.”

“Furthermore, Mr. Roberts’ remix of ‘In Da Club’ was never about Mr. Jackson – but was simply one of many remixes on his mixtape album, which also featured songs by Adele, Nas, Snoop Dogg, Kendrick Lamar, and Lil Wayne. Artists often perform lyrics in sampling or remixing songs of other artists, as it has long been a staple of hip-hop music.”

50 has exhausted his final appeal in the matter. His only last legal option would be to take this to the U.S. Supreme Court.

The rappers have been at odds for years. In 2015, 50 was ordered to pay a $7 million judgment for uploading a sex tape featuring Ross’ baby mama. 50 later declared bankruptcy to protect his assets.