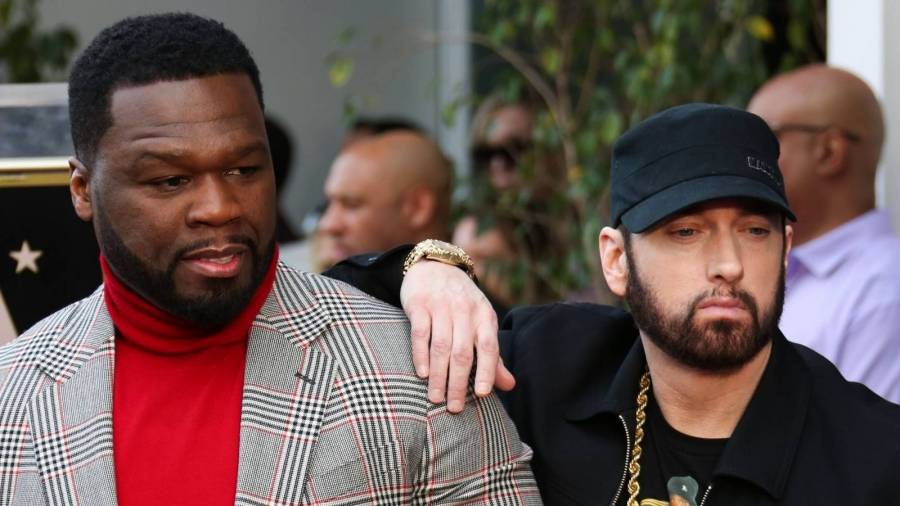 50 Cent and Eminem have been friends for over two decades. The television mogul owes a great deal of his success to the Shady Records founder who discovered the Queens native in 2002.

With the help of Eminem and Dr. Dre (who produced his debut album Get Rich or Die Tryin’), 50 Cent sold millions of records and became one of the biggest rappers of the 2000s. On Saturday (February 19), 50 Cent shared an old photo of himself with Eminem paired with a more recent one.

He wrote in the caption, “This friendship is never gonna change.”

But the internet being the internet, 50 Cent was clowned for his apparent weight gain. As fat jokes began to fly, several of 50 Cent’s fans came to his defense, dismissing the notion he was “fat.” Still, there were a few who thought he deserved it.

While 50 Cent didn’t initially address the fat-shaming, he did share a meme of D12 rapper Bizarre hanging upside down in the 2004 “My Band” video and asked, “Who the fvck did this?”

He later commented, “I call this teasing me, They’re just teasing me because they know i can drop the weight. that’s why i laugh with them. Fat shaming only applies when your ashamed of your fat. LOL.”