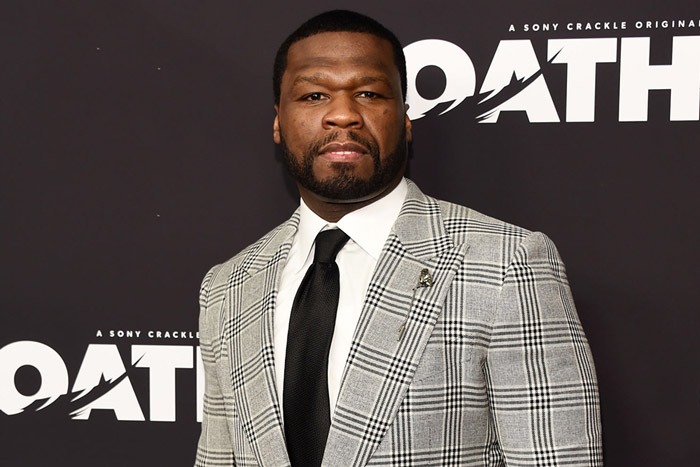 50 Cent is stirring up more controversy.

After transphobic comments from Boosie Badazz and Young Thug, the rap mogul has weighed in on Dwyane Wade’s 12-year-old child Zaya, who recently revealed she identifies as female. 50 reposted a meme of R. Kelly seated alongside the former Heat player at a fashion show with thought bubbles over their heads.

“Heard you had a daughter now,” reads the caption over Kelly, who remains in prison for over a dozen -crime charges. Wade responds with a caption that references the embattled singer’s charges: “U touch her I’ll kill ya.”

In typical fashion, 50 saw the opportunity to make a joke out of the situation. “LOL NOW THIS SOME FUNNY SHIT,” he wrote in his caption.

He received backlash from some of his 25 million Instagram followers who saw the joke as distasteful. “Actually not funny at all. That’s some bad taste in comedy,” wrote one commenter, while another added, “Son you’re outta pocket.”

Last week, Boosie and Young Thug shared their controversial views on Zaya. In his tweet, Thugger questioned Zaya’s decision to live her truth, while misgendering her as Wade’s “son.” “All I wanna say to dwade son is ‘GOD DONT MAKE MISTAKES,’” tweeted Thug. “but hey live your true self.”

However, many celebrities have shared their support for Wade and Gabrielle Union’s daughter including Cardi B. In a recent Instagram Live session, the “Bodak Yellow” rapper responded to claims that Zaya is “too young” to be making a decision about her gender.

“How old is too young?” asked Cardi. “If you are born thinking that you are a girl in a boy’s body, how old do you have to be to keep knowing that that’s who you are? That’s who you are. That’s your identity.”

Added Cardi, “People are born like that. Like the Lady Gaga song ‘I was born this way,’ that shit is fucking real.”