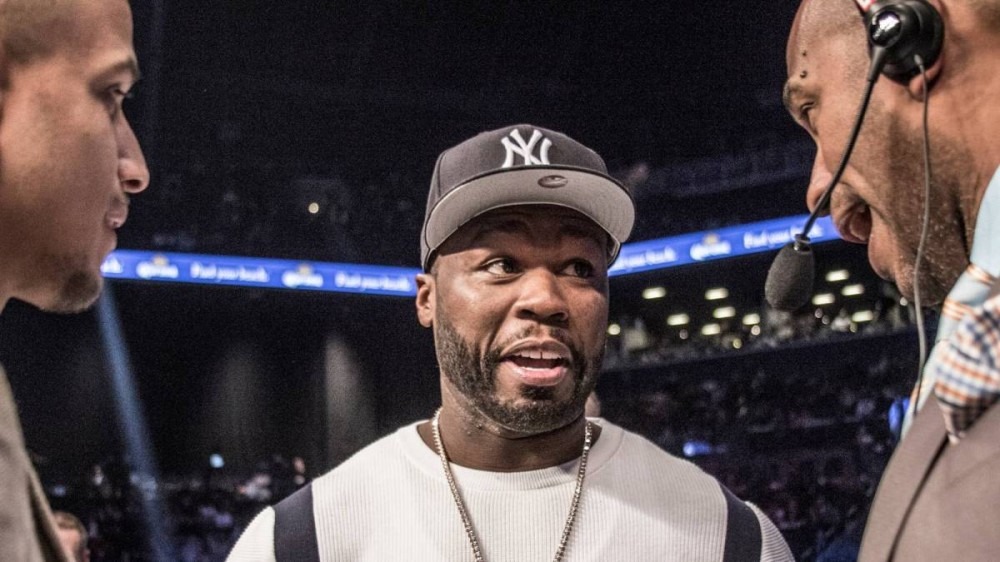 Celebrity boxing has seemingly exploded in popularity over the past couple of years. Blueface, YK Osiris, YouTube personality Jake Paul and even Coi Leray are among the many putting their hands to work in the ring. But some choose to be more of a commentator rather than an actual participant.

In November 2020, Snoop Dogg captivated the boxing world when he gave a five-star performance as commentator for the Roy Jones Jr. versus Mike Tyson fight. Now, 50 Cent is getting in on the action and joining Snoop Dogg in the announcer booth.

According to TMZ Sports, the television mogul and sometimes rapper will be joining Triller’s coverage of the Holyfield versus Belfort fight on Saturday (September 11).

There is a potential for fireworks considering Donald Trump will also be on deck, although he will be on a different broadcast. Snoop Dogg was one of Trump’s most outspoken critics while he was in the Oval Office.

50 Cent, on the other, caught flak for appearing to endorse Trump on Instagram after he learned how much Joe Biden wanted to tax New Jersey and New York residents of a certain bracket.

But after 50 Cent’s ex-girlfriend/comedian Chelsea Handler spoke candidly to him (and offered sexual favors), he admitted he wasn’t serious. Speaking to The View in October 2020, she explained, “I DM’d him and I said, ‘Can you please call me about this? I really I want to know if you’re serious about supporting Trump.’ He wasn’t serious. He was just screwing around on his Twitter. He is supporting Joe Biden. He made that very clear to me.

“I did promise to pay his taxes and then I found out it’s illegal to pay somebody to vote for your candidate. So I offered him another form of payment and we’ll see if he takes me up on it. But I don’t have to pay him. He’s already a Biden supporter.”

With that in the rearview, 50 Cent can focus on the upcoming fight and his Black Mafia Family television series, among his many other endeavors.