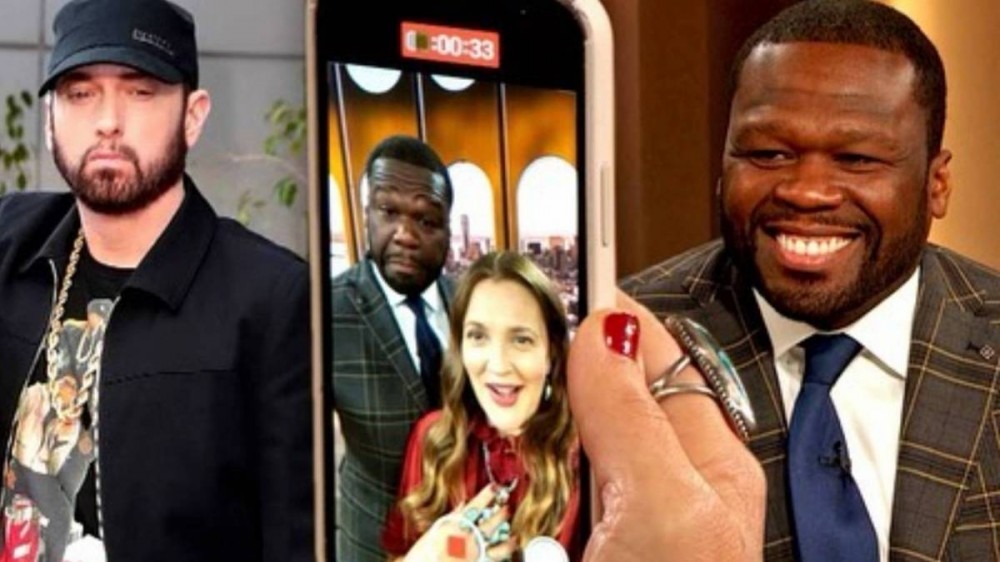 50 Cent is currently reveling in his success as a television executive, producing several popular STARZ series such as Raising Kanan and Black Mafia Family.

As the Get Rich Or Die Tryin’ legend makes the press rounds to promote BMF, he made a stop on The Drew Barrymore Show, where the famous host asked 50 Cent to text his longtime friend Eminem. Barrymore was curious about 50 Cent’s text exchanges with him, wondering if he responds regularly to run-of-the-mill messages.

Being a good sport, 50 Cent obliged and sent Em a video message, saying, “Yeah, we are on live TV. This big dog status stuff going on here. And look, I’m sending you videos of really hot, attractive women in them. You need to send me something back. I’d like to see a video in return of somebody special.”

But Slim Shady didn’t respond — at least not right away.

50 Cent eventually revealed what Em said once he finally saw the clip. On Wednesday (October 13), 50 Cent shared multiple photos of his appearance on the show, including the moment he and Barrymore tried to reach Eminem.

He wrote in the caption, “@eminem text me and was like hey i know i’m late to the party. I just saw the @drewbarrymore show. Bro you are crazy, only you would do something like that. LOL.”