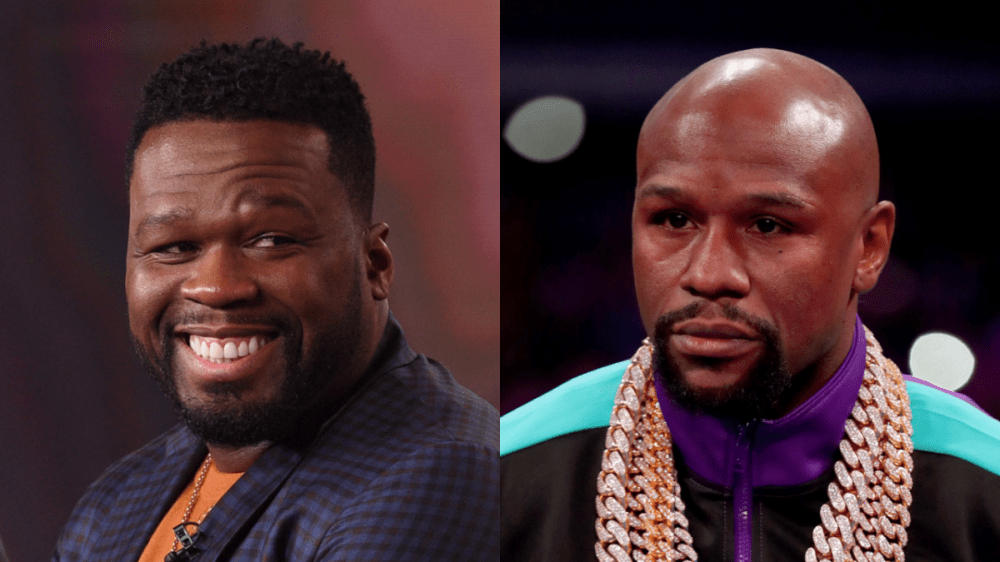 50 Cent and famed boxer Floyd Mayweather appeared to have squashed their longtime beef. On Sunday (August 14), the rapper-turned-television mogul shared an Instagram post featuring a photo of Mayweather with the “Confirmed Tycoon” stamp in the upper left corner.

He wrote in the caption, “Yeah Champ said he gonna pull up on me for Tycoon so you know we gonna go crazy. Big bags coming out TMT floydmayweather BOOM.” Positive comments peppered the post, including “I love this for y’all” and “Good to see the band back together!!! The Original Money Team.”

50 Cent and Floyd Mayweather have been going at each other on social media for years. In August 2020, the Power executive was incensed over an interview Mayweather did with The Sun where he spoke about their contentious relationship.

He addressed the athlete’s comments on Instagram with: “I’m not the marketing campaign champ, keep my name out your mouth,” he wrote in the caption. “Damn somebody read this for champ i don’t fuck wit you, you don’t fuck wit me. OK.”

Mayweather soon responded to 50’s comments, telling his 24.6 million followers he was open to the challenge, while touching on his fight with Logan Paul.

“I also heard that 50 Cent would fight me but claims I’m too small,” he said in part. “If he wants to lace up at the end of the year we can do an exhibition then. I don’t care about weight class with any of these guys. The Paul brothers will make great money with the events, but with 50 cent It has to be Winner Takes All.’”

More recently, the Power executive took a swipe at Mayweather’s jewelry, comparing him to Mr. T.  But it looks like that’s all water under the bridge (at least for now).

Tycoon Weekend kicks off in Houston on August 25 at the Toyota Center and boasts a lineup of comedians B-Simone, Karlous Miller, Michael Blackson, Bill Bellamy, DC Young Fly, Gary Owen, Lil Duval and D’Lai, among others.