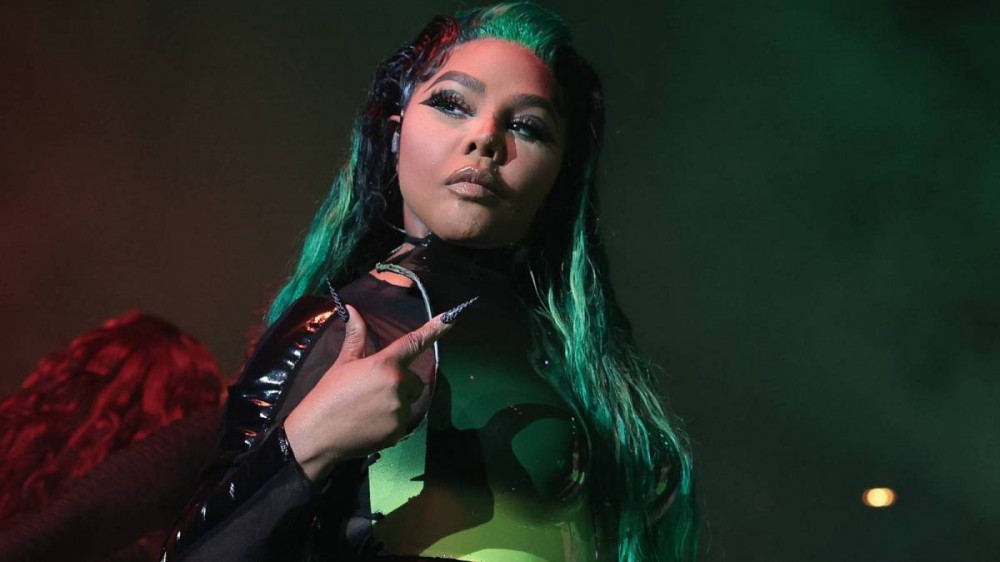 50 Cent has historically ragged on Lil Kim’s appearance — from comparing her to an owl and, most recently, the monster Lubdan from the 1993 film Leprechaun. But Lil Kim being Lil Kim, she had a few words for the rapper-turned-television executive, calling his alleged obsession with her “creepy.”

Lil Kim found support from her longtime boyfriend Mr. Papers, too. After seeing the meme, Mr. Papers reminded 50 Cent of his role in the 2012 film All Things Fall Apart in which he dropped 54 pounds to play a character dying of cancer. Directed by Mario Van Peebles, the film ultimately flopped, and Mr. Papers finds it hilarious Fiddy went to such extremes for the movie.

On Wednesday (October 13), Mr. Papers posted a meme to Instagram that read, “Remember when 50 Cent loss all that weight to play a cancer patient and STILL nobody saw the movie.” He added in the caption, “Old man lost all that weight to try n get a Oscar & this dumb ass movie ended up on BET @50cent.”

50 Cent played innocent though and told his 26.9 million Instagram followers in another clip of Lil Kim and Lubdan, “All I said was I thought this was funny. LOL.”

Mr. Papers had a rebuttal for that one, as well. Hours later, he shared an emotional scene from All Things Fall Apart that featured a skeletal 50 Cent crying to his co-star Lynn Whitfield.

He wrote in the caption, “Now this sh*t is funny old man @50cent.” He added dozens of laughing emojis to drive home his point.

The back-and-forth kicked off on Wednesday (October 13) when 50 Cent shared a meme comparing Lil Kim to the Leprechaun monster.

Lil Kim fired back with, “ur so obsessed wit me this is getting creepy. yarnnn this one ain’t it bro no funny at all i was hoping to laugh wit u but cornyyyyyy. booooo!!! U fallin off I’m too bad and too fly in this video u reachin now but we all kno whyyyyy. Lmbo keep em coming boo boo only lets me know I’m on your brain 24/7. I love it!

“Dm me next time I’ll send you exclusives cause you mad late. This meme been out months ago so you searched for this you probably made it. Lameeeeee. #GET OFF MY PUSSY CURTIS. P.S. why do I feel like I’m in a lesbian quarrel. Didn’t know I had a girlfriend named Curtis awwwwwww somebody crushin hard we’ll get through this babes.”

She ended her tirade by plugging her upcoming book, The Queen Bee. Check it out below.