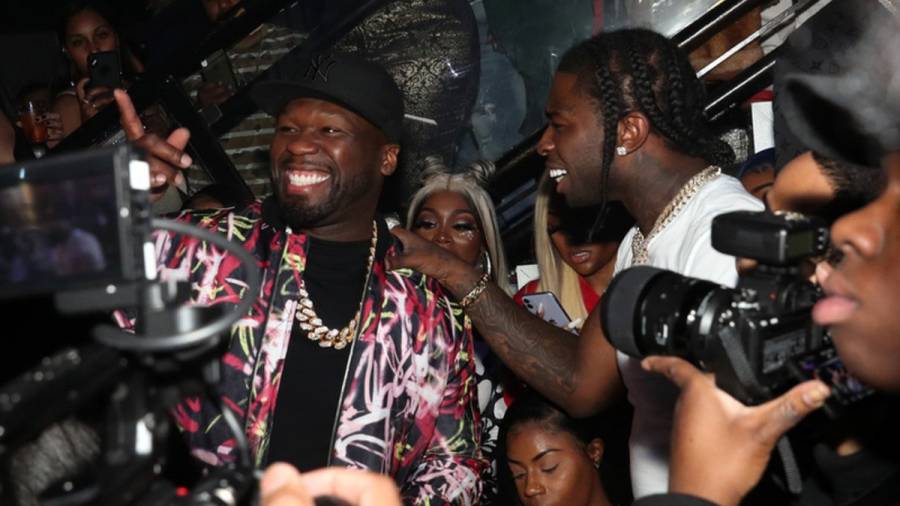 LOS ANGELES, CA – Following Pop Smoke’s death, 50 Cent made it his mission to help execute Pop’s vision when he came on board as an executive producer for his 2020 posthumous debut. Shoot for the Stars Aim for the Moon played an integral role in leading Pop Smoke to five Billboard Music Awards on Sunday (May 23).

One of the late Canarsie rapper’s goals was to take his mother to an award show and 50 Cent took solace in the fact he was able to see that through for Pop Smoke.

“Pop said he wanted to take his mom to an award show,” he wrote. “mission accomplished !”

Pop’s mom, Audrey Jackson, took the stage with his brother to accept his Top Billboard 200 Album award on his behalf.

“I thank you to the fans, for honoring the life and spirit of my son, so much that he continues to manifest as if he were still here in flesh,” she said. “He created music for the kid who has to sleep four in a room, the kid who has to figure out how to get to school each day, so he can graduate and make his mom proud. He did this so that 14-year-olds would not have to kill to prove they are somebody.”