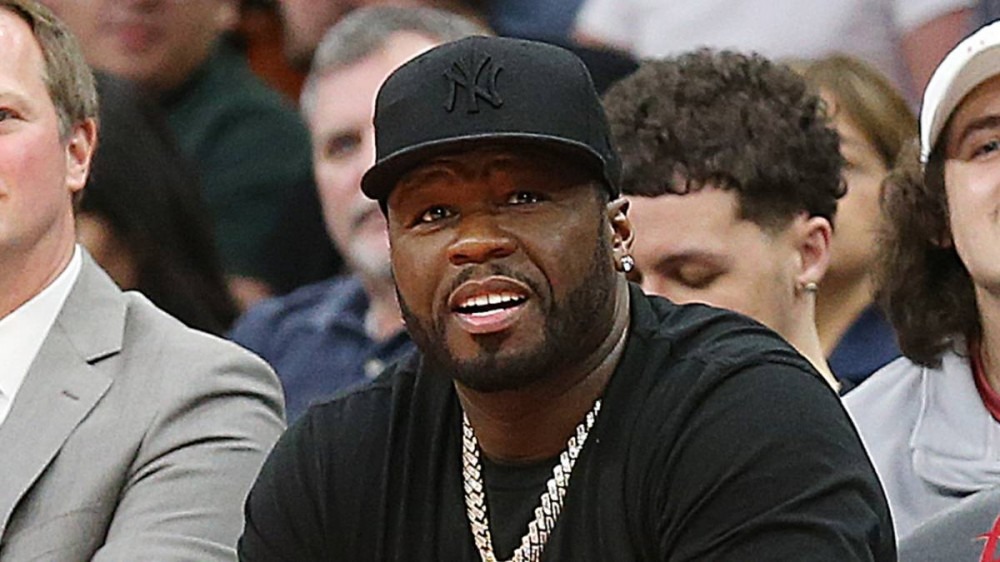 50 Cent has issued a belated response to those who called him “fat” during his surprise appearance during the Super Bowl LVI Pepsi Halftime Show in February.

During a recent visit to 97.9 The Box in Houston, Texas, 50 shut down the criticism over his physique, claiming the jokes about his so-called weight gain were greatly exaggerated.

“They said I was fat at the Super Bowl,” he said before standing up to show he’s more fit than fat. “I’m bigger than I was in the original [‘In Da Club’] video, but damn, I ain’t fat!”

The fat jokes were flying on social media during the Super Bowl Halftime Show when 50 Cent performed his 2003 smash hit “In Da Club” while hanging upside down in a white tank top, just like in the song’s music video.

Surprisingly, 50 embraced the jokes following his performance, posting a photo of D12 rapper Bizarre hanging upside down in the group’s 2004 “My Band” video, asking, “Who the fvck did this?” in his Instagram caption.

50 Cent previously addressed his weight last year when photos of his extreme 54-pound weight loss for the 2011 film All Things Fall Apart resurfaced on social media.

“see how people make fun of discipline, but can’t even lose weight to look good,” he fired back on Instagram. “Then if you call them fat your shaming them. get the fuck out.”

It wasn’t just fat-shamers who 50 Cent addressed in his 97.9 The Box interview. The Power mogul also spoke about former G-Unit signees blaming him for their career failings.

“What’s ill is, when you’re in the seat, the driver’s seat, a lot of times — no, every time — something goes wrong, it’s your fault,” he said. “If you ask artists why their career didn’t go the way they want, it’s the [fault of the] record label. See what I’m saying?

“I happened to become the record label; so all of those artists that were around and didn’t do exactly what they thought they were supposed to do, it’s my fault that it didn’t. They give it to me individually now, like it’s not the company, it’s him.”

He added: “The other people are upset because they felt like they coulda did it, ‘if you had did it for me. So it’s your fault you didn’t do it for me.’ I can’t make people buy records.”