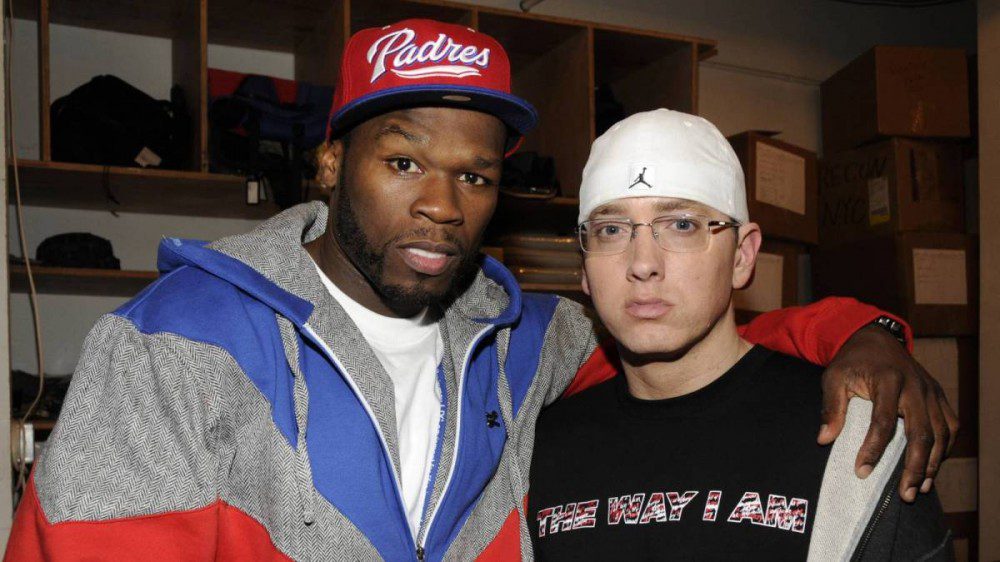 50 Cent believes that, despite all of his accolades, Eminem doesn’t get enough credit for his true impact on Hip Hop culture and its global reach.

On Tuesday (October 18), Fif stopped by Ebro In The Morning to talk about his latest TV project Hip-Hop Homicides and explain why he believes it only seems like the rap game is more violent now.

“The violence has always been in those communities,” he said. “It’s just now, the visibility of it is there and it connects to Hip Hop culture. Because look, we the fastest growing genre of music. You can’t miss us.”

That’s when he started talking about Eminem, who celebrated his 50th birthday yesterday (October 17), explaining that the Detroit legend made Hip Hop accessible to more people, thus helping the genre and culture reach new heights.

“I don’t think that they give Em the credit that he deserves,” he explained. “Because, in order for people to embrace something, they have to see where they fit in.”

He continued: “I think part of Eminem’s legacy is the growth of our culture. People wouldn’t buy it if they didn’t see where they fit into it. And he’s there and he’s a legitimate artist because of his journey. When you’re look at 8 Mile, you’re seeing a Black story with a white lead. You seeing poverty, you’re seeing [similar] circumstances. Look at his friends Proof and D-12 and everybody: these are real Hip Hop guys. Which is why he’s a real Hip Hop guy.”

The rapper turned TV mogul added that Eminem’s positioning as an Aftermath signee removed what could have been the one barrier to his success.

“Who would be upset when a white guy comes in and is selling the most records in Hip Hop culture, and is still, to this day, the highest selling artist in Hip Hop?,” he asked rhetorically. “N.W.A., maybe N-ggas With Attitudes would be upset. So Jimmy [Iovine]’s a genius for putting him with Dre.”

The G-Unit boss was one of several celebrities who took time to shout out Slim Shady on his birthday. Fellow Motor City MC Royce Da 5’9″ also took to Instagram to wish his Bad Meets Evil partner-in-rhyme a happy birthday — in typically comical fashion.

“Next Week on SNL!” he joked while sharing a black-and-white portrait of Slim Shady. “Nah.. Just kidding [crying face emojis] Happy Birthday to the [G.O.A.T.] @eminem Love you, Sunny Jim.”

Public Enemy’s Chuck D, who Eminem has hailed as one of his Hip Hop heroes, also joined the chorus of birthday celebrations, as did the Detroit Lions.

Hip-Hop Homicides is slated to premiere on AMC Network’s We TV on November 3 at 9 p.m. ET, with Mona Scott-Young joining 50 as the show’s producer and journalist/podcaster Van Lathan will host the series. The investigative series will take a deep dive into the untimely deaths of rap stars like XXXTENTACION, King Von, Chinx and Soulja Slim, among others.

It’s one of three new content projects coming from the Power creator this fall. The podcast Surviving El Chapo: The Twins Who Brought Down a Drug Lord arrives Wednesday (October 19) on the iHeartRadio app and all other platforms; while The BMF Documentary: Blowing Money Fast, premieres on STARZ on Sunday (October 23).