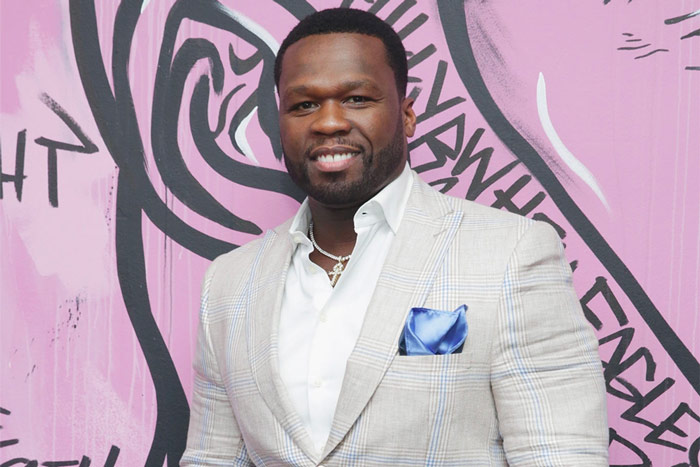 50 Cent is changing his tune.

Just days after publicly endorsing Donald Trump, the rap mogul is distancing himself from the President, claiming he “never liked him.” On Saturday, 50 shared a clip from his ex-girlfriend Chelsea Handler’s appearance on “The Tonight Show Starring Jimmy Fallon,” where she discussed 50’s support for Trump.

“So he doesn’t want to pay 62 percent in taxes because he doesn’t want to go from 50 Cent to 20 Cent and I had to remind him that he was a Black person, so he can’t vote for Donald Trump and that he shouldn’t be influencing an entire swath of people who may listen to him because he’s worried about his own personal pocketbook,” Handler told Fallon.

50 responded to Handler by denouncing Trump. “👀a what, 😳another spin 💫F**k Donald Trump, i never liked him,” he wrote. “for all i know he had me set up and had my friend Angel Fernandez killed but that’s history.LOL.”

👀a what, 😳another spin 💫Fu*k Donald Trump, I never liked him. 🤨for all I know he had me set up and had my friend Angel Fernandez killed but that’s history. LOL @chelseahandler @jimmyfallon pic.twitter.com/Tya6EqDBFt

On Monday, 50 endorsed Trump by sharing a graphic of Joe Biden’s proposed tax plan, which would raise taxes for New York’s top earners. “WHAT THE F**K! (VOTE ForTRUMP) IM OUT, F**K NEW YORK The KNICKS never win anyway,” he wrote. “I don’t care Trump doesn’t like black people 62% are you out of ya fu**ing mind.”

Following his comments, Handler called out her ex, who she briefly dated in 2010 after he was a guest on her E! talk show “Chelsea Lately.” “You used to be my favorite ex-boyfriend,” she tweeted.

Hey fucker! I will pay your taxes in exchange for you coming to your senses. Happily! Black lives matter. That’s you, fucker! Remember? https://t.co/uQsu7DHrRQ

The comedian also offered to pay 50’s taxes if he reconsidered his support for Trump. “Hey fu**er! I will pay your taxes in exchange for you coming to your senses. Happily!” she tweeted. “Black lives matter. That’s you, fu**er! Remember?”

“Oh my God this is effecting my love life now,” 50 replied. “@chelseahandler I love ya Gator, don’t let Trump and Joe Biden come between us girl.”

During her “Tonight Show” interview, Handler also made an offer to 50 if he decided to denounce Trump. “I am willing to seal the deal in more ways than one if he changes his mind and publicly denounces Donald Trump,” she said. “I might be willing to go for another spin, if you know what I’m talking about.”