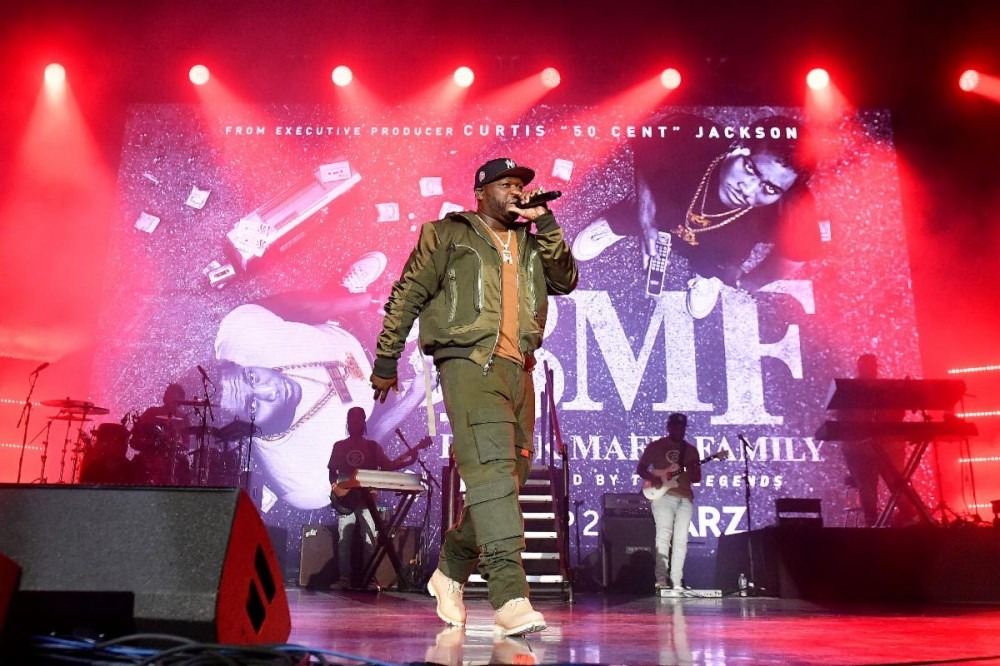 After 20 years in the spotlight, 50 Cent has been able to keep himself relevant and has made himself a certified hip-hop legend.

Yesterday, 50 took to Instagram to hint at one final album. In the post, he shared a promotional video for his Branson Cognac where he enters Drais Nightclub in Las Vegas, performs, and takes the road. In the caption, 50 says that he’s a top 10 rapper, dead or alive, and says that his next album might be his last.

“Smile my next album might be my last. I terrorized Hip Hop for 14 years, don’t believe me Nielsen, the numbers will never lie but i’m nobody’s favorite Smh Nah I’m Top 10 dead or alive and i’m not done @bransoncognac @lecheminduroi.”

Fif released his last album Animal Ambition back in 2014, debuting at No. 4 on the Billboard 200, selling only 46,000 copies the first week. Last month, the multi-hyphenate spoke on someone saying that he was not a top 10 New York rapper. “They said i’m not in the Top 10 out of New York artist, i’m nobody’s favorite, i’m a nightmare for these fools when i focus,” Fif said in response.