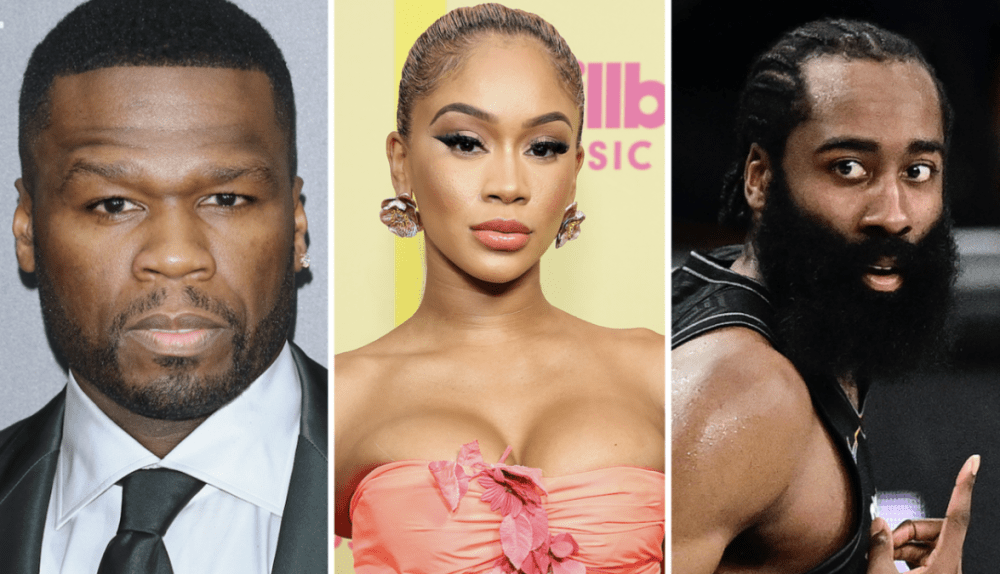 Whenever a juicy story arises in Hip Hop, 50 Cent is usually nearby providing commentary on his social media accounts. That was the case on Friday, (June 11) when tabloids ran with a narrative that Saweetie had moved on to begin dating James Harden and he even somehow paid her $100,000 on CashApp for a date.

“Wait he a superstar, why the fuck is he paying a bitch to go on a date,” 50 wrote. “See what you did @quavohuncho they don’t know what they like till they see somebody with it SMH LOL Help me understand this!”

With the Queens legend throwing Quavo in the mix, the story only continued to spread like wildfire to the point James Harden had to speak up. The Nets superstar, who is nursing a hamstring injury and recently executive-produced Lil Baby and Lil Durk’s joint album, addressed the rumors in a pair of Instagram Stories.

“I’m tired of people creating these false ass stories knowing I don’t really speak on bullshit. Leave me out of all the weird shit. Shit trash. Back to my real life. People really on here just making shit up for clout. I really stay out of the way. CashApp $100K? Beat it.”

@JHarden13 clears up rumors of him sending $100K to Saweetie pic.twitter.com/pNXYk1XUy1

The story clearly has flaws when you hear someone being sent $100,000 over CashApp, which isn’t possible since the limit is just $1,000 and many were quick to point that out.

Earlier this week, Offset allegedly liked and then unliked a tweet questioning if Harden and Saweetie were a couple.

On the other hand, Quavo had some words for Saweetie on Culture III when he subliminally confirmed he repo’d the Bentley he gifted her for Christmas on the Drake-assisted “Having Our Way.”

“Havin’ my way, now this shit like a business/Load up the bases, now I feel like Cal Ripken/She had it her way, now she out of a Bentley,” he raps.