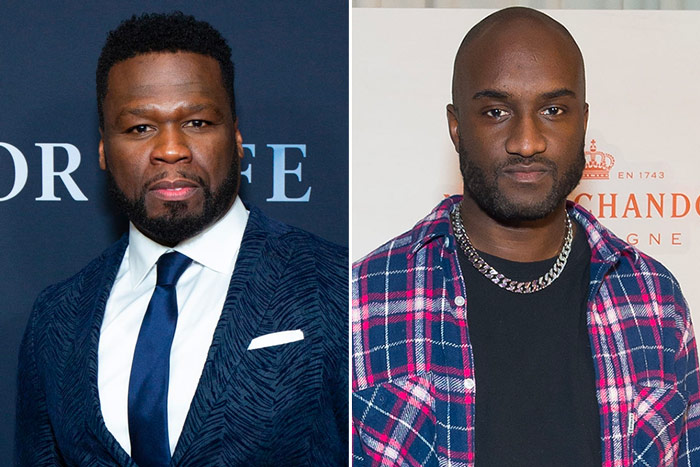 Virgil Abloh is under fire for the album cover he designed for Pop Smoke.

On Monday, the artwork was revealed by Pop’s manager, Steven Victor. According to him, it was the Brooklyn rapper’s dream for the Louis Vuitton artistic director to design the cover. “You wanted Virgil to design your album cover and lead creative.. Virgil designed the album cover and led creative,” he wrote in a message to the late MC.

But it was poorly received by fans, who criticized the Photoshopped look. “Excuse me… Pop deserves waaaay better,” wrote one fan, while another called out its amateur qualities: “Abloh and 9 year old me had the same talent level.”

Abloh and 9 year old me had the same talent level

@virgilabloh come on man look at the way you edited his ear, this can’t be the final draft ‍♀️ https://t.co/L07Oj92Eyy

50 Cent, who executive produced Pop’s debut album Shoot for the Stars, Aim for the Moon, was among those who voiced his disapproval. Sharing the cover on Instagram, he took aim at the designer in the comments. “man who did this cover Lol,” wrote 50. After being informed that it was Virgil, he added, “ok FUCK VIRGIL HE’s out [sic] of here. LOL.”

In a subsequent post, he told Virgil to come up with a new cover. “Hey Virgil we need new album art, they ain’t going for this bullshit,” said Fif. “Love ya work let’s get to it. 🤔Steven i told you this shit was 😡eww let get it right!”

Hey Virgil we need new album art, they ain’t going for this bullshit. Love ya work let’s get to it. 🤔Steven i told you this shit was 😡eww let get it right! #bransoncognac #lecheminduroi

Following the backlash, Pop’s management decided to scrap the cover and redesign it. “It is our obligation to bring his vision to life he wanted Virgil to lead creative, we fulfilled his wishes however, unfortunately, he’s not here to give his final approval his fans, are,” said Steven Victor in a since-deleted IG post. “You know why you love pop your voices are loud and clear he loved his fans and listened to his fans pop and we at Victor Victor heard you loud and clear.”

A new cover will be revealed along with the album’s release on Friday. Pop Smoke’s posthumous debut Shoot for the Stars, Aim for the Moon features a collaboration with 50 Cent and Roddy Ricch, as well as appearances from Quavo, Lil Baby, DaBaby, Swae Lee, Future, Tyga, and more.

POP WOULD LISTEN TO HIS FANS ❗️