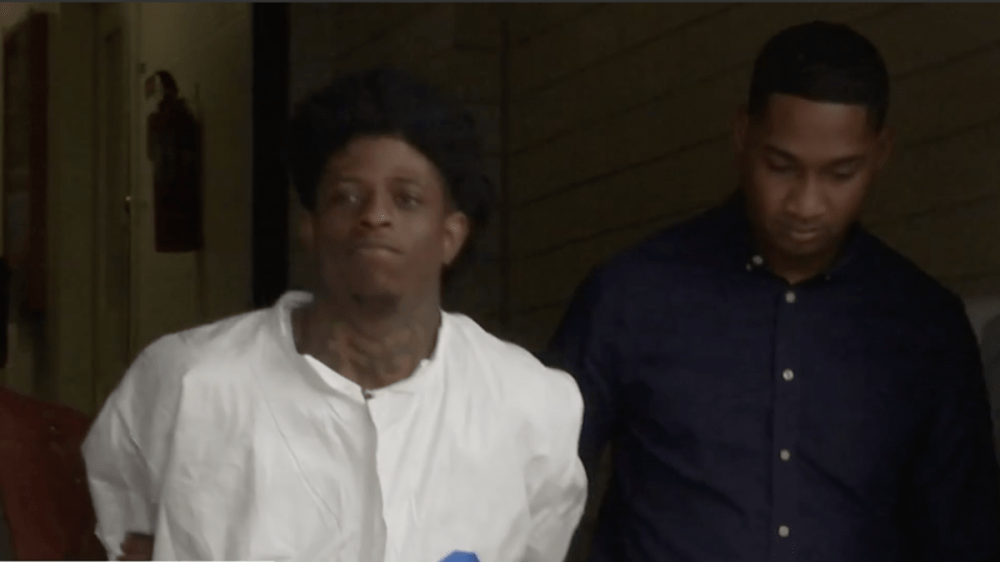 Mobile, AL – Less than two weeks after three suspects were named in the killing of HoneyKomb Brazy’s grandparents last February, a fourth man has been arrested and charged in connection with the slayings.

21-year-old Patrick Lewis was arrested on Friday (February 25) and faces three counts of murder and shooting into an occupied dwelling. He also stands accused of a September 18, 2021 shooting in a mall parking lot where one man died.

Three other suspects, Darrin Jamark “DD” Southall, Terrance Sanchez Watkins and Jamarcus Devonta Chambers, were already in police custody in relation to the killings of Tony and Leila Lewis. Southall is currently serving a 35-year prison sentence after pleading guilty to running a multi-state drug ring responsible for heroin, fentanyl, cocaine and other drugs.

According to Fox 10, Southall and HoneyKomb had beef between one another, including when the Rap-A-Lot protégé was arrested in relation to the 2016 killing of Southall’s nephew. A grand jury declined to press charges and authorities are saying it’s premature to connect the 2016 shooting to the killing of the rapper’s grandparents.

“It relates to specific details of the case, we’re still kind of holding that closer to the base simply because, you know, anything that we say at this point could potentially compromise a successful prosecution,” Mobile Public Safety Director Lawrence Battiste said.

HoneyKomb found himself jailed on a probation violation last year, prompting his mother, Tenecsha Jones, to write a hand-written letter to the judge asking for him and his brother to be released from jail, citing how the rapper’s brother was very ill.

The brother passed away in January and a judge denied HoneyKomb’s lawyer’s request for the rapper to be released to attend the funeral. According to court documents, HoneyKomb is scheduled to be released from prison in March.