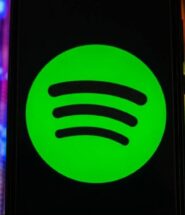 Some artists and songwriters’ bank accounts are going to be receiving a nice deposit starting in April. The Mechanical Licensing Collective announced on Monday (February 15) they’ve received a total of $424,384,787 in royalties from digital streaming platforms to be distributed to publishers.

The sum is also known as “black box” money in the industry, as the royalties weren’t distributed because a song’s rightful owner couldn’t be officially determined. Thanks to 2018’s Music Modernization Act, the funds by law have to be distributed within two years and that process is set to begin in April.

As far as where the funds come from, the $424 million is made up of over 40 different streaming services with the largest share put forth by Apple Music with $162 million and the second being Spotify who contributed $152 million, according to Billboard.

“This is a massive win for music creators and the streaming services themselves,” National Music Publishers Association president David Israelite said. “Songwriters and music publishers have for years fought to ensure they were paid accurately and fully by digital streaming services.”

Israelite continued, “‘Unmatched money’ has plagued the industry and today, thanks to the Music Modernization Act, we know that it amounts to just under $425 million – not including money previously paid out in multiple million-dollar settlements. “