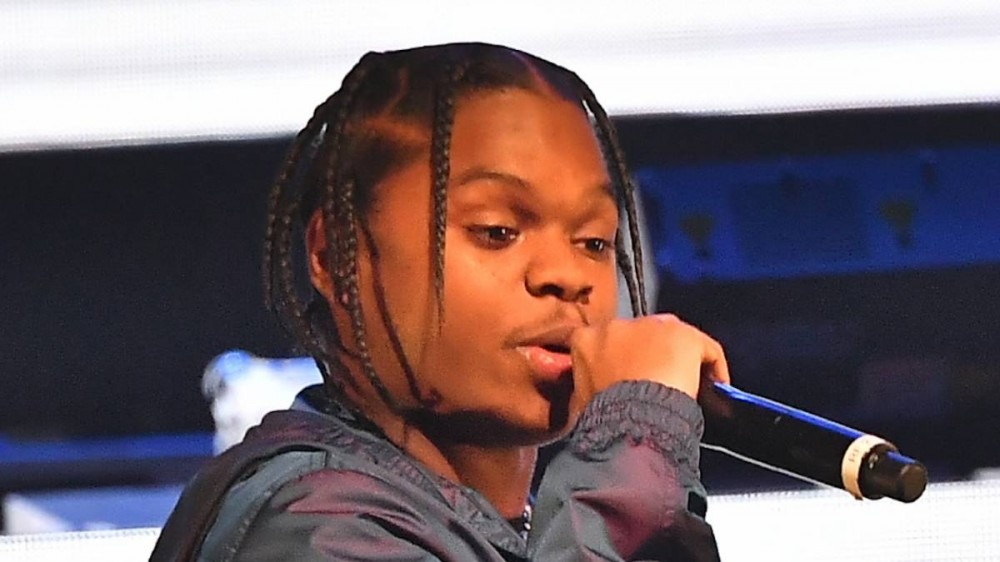 2021 HipHopDX Rising Star 42 Dugg is attempting to get ahead of any potential issues following a homophobic rant on social media regarding how he treats his 3-year-old son.

The Detroit rapper issued an apology via his Instagram Stories on Sunday (August 1), claiming he didn’t mean to hurt anyone with his comments and was merely showing off the love he has for his son.

“It never be my intentions to offend anybody even when I’m offended so for that I am sorry,” he began. “I’m Ah very private person when it come to personal shit such as my son or my family in general. People tell me I need to take more pictures or you know let my fans see something about me other the music.”

Although he contends the photo wasn’t for feedback, he immediately declared he wouldn’t share his family anymore.

“For y’all to take that moment and make it what y’all did just reminded me of why I keep my family private,” he added. “I will not be showing my son or any of my family on this Shit again y’all lost that privilege this for me to promote my music and that’s what I’m gone use it fr nothing more nothing less.”

Some fans saw the video of 42 Dugg showing affection to his 3-year-old son as “inappropriate” and joked they would be calling Child Protective Services for the child’s well-being.

Dugg’s response to the controversy was similar to the homophobic comments made by DaBaby at Rolling Loud Miami on July 25.

In a since-deleted post in his Instagram Stories, he railed against those who called his actions with his son suspect and told them to “suck his dick.”

“Ain’t nobody going for that gay ass hoe ass shit y’all on,” he wrote. “y’all quit to get on some GAY BITCH ASS SHIT BUT WHEN AS N-GGA JUMP DOWN ON ONE YOU HOE N*GGAS AND CALL SOMEBODY OUT WE HOMOPHOBIC. DON’T NOBODY GIVE AH FUCK ABOUT THAT SHIT YALL DON’T NONE US WE ENTERTAINERS THATS IT.”