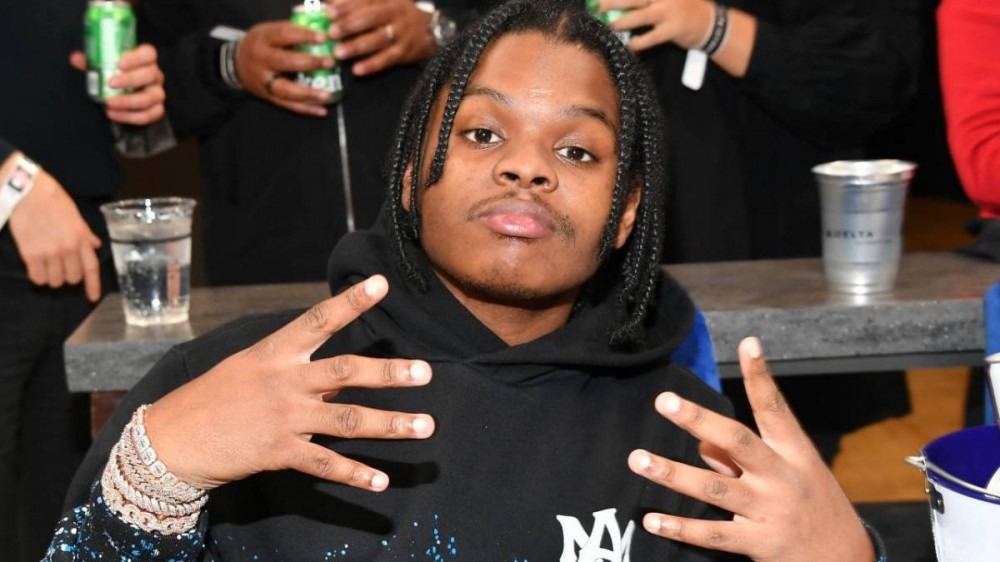 Although 42 Dugg is potentially facing a five-year prison sentence, the “Free The Shiners” rapper was all smiles in his first photo from jail. A snapshot shared by Akademiks shows Dugg in his orange jumpsuit and smiling gleefully while on the prison payphone. The pictured emerges after the Detroit native was arrested in Michigan earlier this month for failing to turn himself in to serve an outstanding six-month prison sentence.

A federal grand jury in Georgia charged Dugg, real name Dion Hayes, with possessing a firearm in March 2020, which is a felony since he had been previously convicted of carjacking and firearms possessions in 2011. The charge was related to an incident in which he allegedly fired a 9 mm Glock pistol at a gun range in Atlanta.

Dugg pleaded guilty to those charges in November 2020 and, in turn, was sentenced to three years probation after his lawyer was able to keep Dugg away from jail due to the COVID-19 pandemic. Court officials then threatened to revoke his probation after the rapper tested positive for drugs. Dugg filed an appeal, but his probation was ultimately revoked in February, and Dugg was sentenced to six months behind bars followed by two years of probation.

The 27-year-old was supposed to turn himself in last month to serve his time in a federal prison camp in West Virginia, but he never showed. “He got off the plane and they were waiting there to greet him,” the rapper’s lawyer, Steve Scharg, told Detroit News.

Prior to his arrest, 42 Dugg had just dropped off his collaborative Last Ones Left album with EST Gee on April 8, which featured additional appearances from BIG30, EST Zo, 42 Chez, Tae Money and others.

Watch the duo’s latest video for “Thump Sh*t” below.