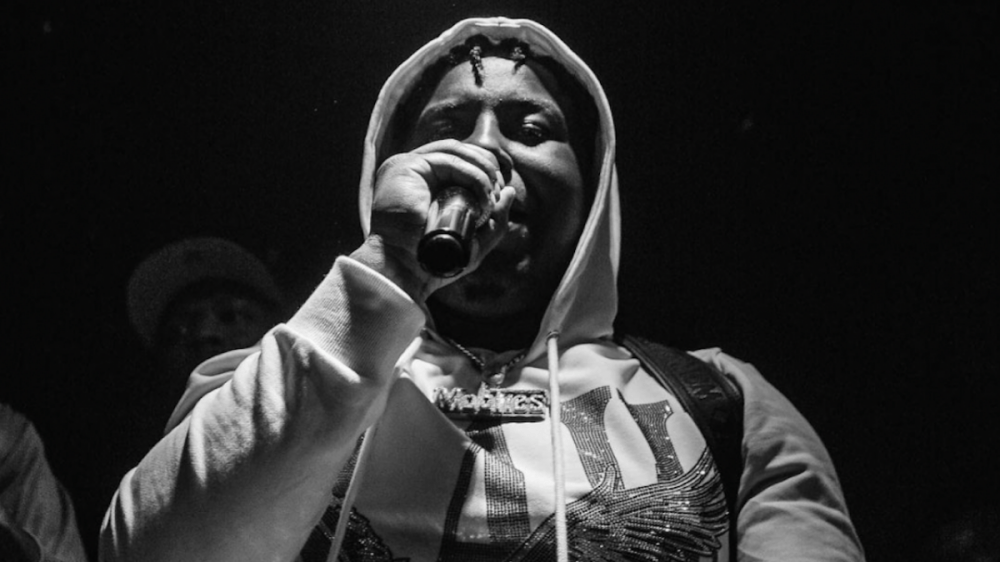 HoneyKomb Brazy may be fighting for his freedom following a probation violation in 2021, but the Alabama rapper’s grandparents may finally get justice.

According to AL.com, four people, including a drug kingpin who previously surrendered a $24M drug empire, were charged with murder in connection to the February 2021 shooting, which claimed the lives of Leila and Tony Lewis.

39-year-old Darrin “DD” Jamark Southall, Terrance Watkins, Jamarcus Chambers and an unidentified fourth person were all charged. Southhall pled guilty in November 2021 to running a drug empire in Mobile and was charged with several counts of shooting into an occupied dwelling and murder.

“We’re very grateful for the district attorney’s office to be able to, at this point, make and approve charges in light of the Mobile Police Department’s hard work and investigation to hold those responsible for this double murder to be held responsible under the law,” Mobile County Assistant District Attorney Louis Walker told Fox 10.

HoneyKomb posted a tribute to his late grandparents, writing he begged them to leave Mobile to no longer be considered targets due to his actions at the time of the slayings.

“Long live grandma n grandpa,” he wrote on February 18, 2021. “Y’all was my heart fr I put y’all in every song I hate y’all got caught up In my Shìt smh this Shìt hurt main I beg y’all to let me move y’all everyday but y’all Taught me how to be stand up guy y’all always told me If it’s our time it’s our time god got us that’s how ik y’all in heaven y’all baby boy got y’all fasho granny granny Ima miss u bad already n I’m a fasho miss smoking that gas gas wit u grandpa y’all save me a spot cause I’m most definitely coming to see y’all.”

The violence plaguing Honeykomb’s life didn’t stop with his grandparents losing their lives. In January, the rapper’s mother revealed she feared for her life after a shooting at her home and it wasn’t the first time her home had been shot at since the death of her parents.

Last November, HoneyKomb shared an update to fans on his living situation as he endured what he called “hellish” conditions inside of an Alabama prison.

In a since-deleted post, the Rap-A-Lot protégé wrote he’d rather die than continue to live in such a situation, alleging racism, abuse and more.

“This shit Brazy, n-gga then took all he can take,” he wrote. “N-gga will rather die than live like this fr #LongLiveGeorgeFloyd.”