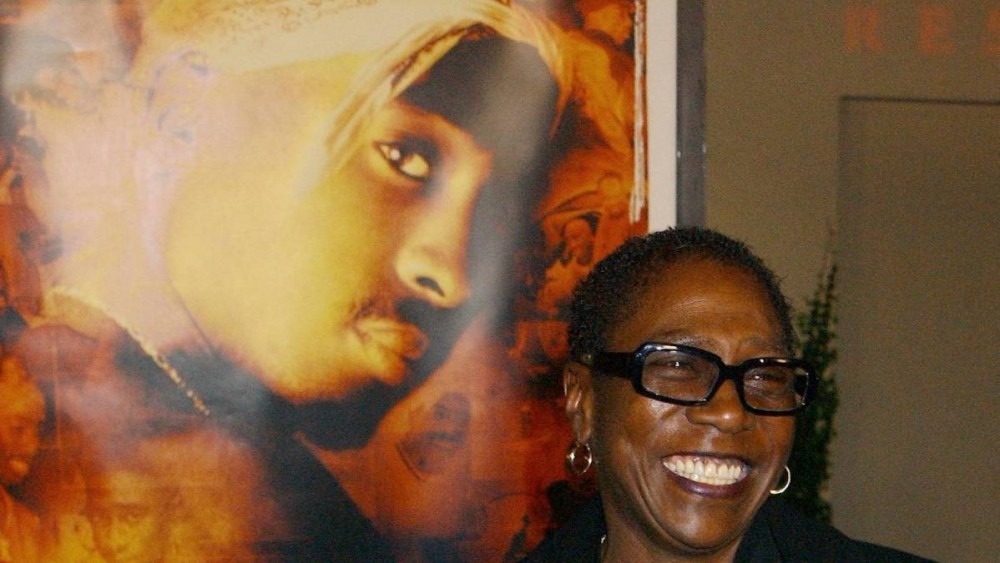 What would have been the late-great rapper 2Pac’s 50th birthday on June 16th, is still being celebrated and remembered through the Tupac Amaru Shakur Foundation’s social justice-driven initiatives for 2021.

The Tupac Amaru Shakur Foundation (TASF) was founded in 1997 by 2Pac’s late mother Afeni Shakur, a year after he was fatally shot in Las Vegas. The foundation is now spearheaded by CEO and president Sekyiwa “Set” Shakur–sister of 2Pac and daughter of Afeni and Dr. Mutulu Shakur.

TASF is dedicated to eradicating the effects of trauma on the Black community by raising awareness of its impact on mental health and wellness. The 24-year-old foundation provides communities with tools, healing techniques and resources such as the Creative Arts to provide a gateway to complete wellness. In a nutshell, the foundation aims to ease the impact that trauma has on Black children, families and community members.

In an interview with Malik Shakur, nephew of 2Pac and grandson of Afeni, he exclusively spoke with DX about TASF’s 2021 50 For 50 campaign and how it is pushing social justice and mental health initiatives, while keeping Afeni’s mission and 2Pac’s messages alive.

“The 50 for 50 campaign, overall, is a celebration of the struggle, the life, the work and accomplishments of both my grandmother Afeni and my uncle 2Pac,” he told DX. “He [2Pac] would have been celebrating his 50th birthday as you said, and my grandmother, who 50 years ago represented herself on trial, was acquitted while being pregnant with Pac. So yeah, this year is big for my family history.”

When asked about the goals and initiatives of TASF’s new campaign, Malik responded with, “Our goal for the campaign is to just further their legacies by creating solidarity networks, funding mutual aid, supporting the mental and physical wellness and development of our communities.”

In 2Pac’s early music, messages of treating Black women with respect, giving back to the community, and the seriousness of police brutality were heard throughout majority of his songs. 2Pac’s 1993 sophomore album, Strictly 4 My N.-.G.G.A.Z. houses the beloved track “Keep Ya Head Up,” written when he was only 21, as an ode to black women. Not only did the track defend them, it gave Black women a sense of visibility at such a time when there wasn’t too many positive songs about them.

Like his uncle, Malik too shares a similar passion for social justice in the black community. “I’m dedicated to the liberation of poor people, the liberation of colonized and exploited people in the third world and here,” he said. “I know this summer, Palestine and Palestinians have been heavy on my mind. I’ve been praying for them and thinking about them. I know that what they experience day-to-day is something that not a lot of us can really fathom. So I don’t know. It’s all injustice. It’s power imbalances and finding ways to get power to people who don’t have it, and who are exploited.”

It was Malik being surrounded by the workings of his grandmother early on as a child, which led him to becoming involved in the foundation as an adult. “I became involved in the [TASF] foundation, I guess, as a child,” he shared. “I grew up going to Pac’s kids summer camp of the creative arts, somewhat reluctantly sometimes. I didn’t want to spend all summer with my uncles and my aunts, but I grew to really understand the importance of that.”

One of the biggest cases of social injustice and racism of our time, is really what opened Malik’s eyes to where we were as a nation, and why he needed to be more involved as an adult. “I remember Trayvon Martin’s killing and how that took me on my own path to start protesting and organizing, and then as an adult, I finally came around and started organizing and protesting,” he shared. “I’m in L.A, and now I’m organizing the protests, so why not use my family’s resources and my family’s foundation to do that work as well.”‘

TASF focuses on the performing and creative arts, and provides camp and resources to children under 18. “We did a lot of great work with that,” Malik humbly shared. “We helped thousands of kids, but I think even before my grandmother’s passing we had conversations about expanding our reach and our grasp. So right now we are initiating our mental wellness campaign and that is really something that is going to be infused in all of our initiatives.”

Speaking more in-depth on the importance of mental health in the Black community, Malik shared how TASF is tackling that issue, and how they can get more people to care about this serious matter. “Mental health is something that cannot be separated from any other facet of life,” he said. ” Personally, I think you have to meet people where they’re at in every issue, in every problem, in every solution you’re looking for – you have to meet the issue where it’s at. So it’s important to understand that trauma and mental health issues looks different for us than it might for a suburban white family.

“When we think of therapy and mental health, we do often think of the couch in the room, the therapist and it’s all wooden brown, and it’s very quaint and calm, but that’s rarely, rarely, rarely our experience. A lot of us don’t even have access to something like that. So we have to understand our triggers and our soft spots that are often intergenerational. These things aren’t treated in a vacuum. We are holding a lot of stress and a lot of trauma that is passed down from many generations.”

Speaking on how the Black community often gets overlooked for mental trauma, Malik shared the importance of acknowledging the reality of what Black people are dealing with on a daily basis. “I think it’s important to verify people’s reality, look at their reality and show them where trauma and where mental illness runs rampant,” he said. “Show them how it affects their everyday lives. It will be hard to deny it when you corroborate the reality because people know they’re not okay. People know they need help … they might not have the words, the exact academic terminology to describe what they need and what’s been going on, but they know something’s not right and we [TASF]  have the resources to help them.”

He added, “We’re compiling a database of, not only just black therapists, but therapists of all marginalized groups, because I know for me, it was important for me to have a black therapist when I first went to therapy. I don’t know if I could have been so open if I was sitting across the table from an old white man. I knew he wouldn’t understand anything my family goes through. So yeah, it’s important to meet people where they’re at, relate to them, empathize with them and give them resources to do better for themselves.”

However, mental health is not where TASF draws the line. There are many other initiatives that are prioritized. “In addition to creative arts, we give grants and we have a prison reform team that does a lot of great work with getting the resources to parents who are incarcerated,” Malik mentioned. “We did a program where we got letters written to and from parents and children when they weren’t able to, during the pandemic … and that was really a worthwhile effort. In addition to that, we have human trafficking-focused initiatives too.”

Listening to the passion Malik has for social justice, one can only wonder what his late uncle 2Pac would say if he were asked the same questions.

“Well what I do know is that like me, Pac was a victim and a survivor, but also a product of black trauma,” he expressed. “So he wasn’t exempt as strong as he was, as loud as he was, as brave as he was – he felt it too. We lost him to Black trauma. If he was here I think he would speak to that trauma and stand shoulder-to-shoulder with those who go through it. He would let them see that if this handsome, powerful, strong, talented Black man can feel burdened under the weight of trauma, then you have no reason to hide your trauma.

For the rest of 2021, TASF plans to be more hands-on and more on the ground with getting their resources out to the people. “The pandemic isn’t over, we’re not out the woods, but it’s definitely already more personable this year than the last year,” he said.

“Last year, we were really only relegated to dispensing funds where we could and hoping that it was used right. So yeah, this year and the next coming year, we’re definitely excited about getting back on the ground, back on the front lines with people; seeing how they live and understanding how they deal with these problems.

“One of the most important things for the 50 For 50 campaign is that we are trying to acquire 50 acres of land in 50 states to establish wellness centers, peace gardens and safe houses to people who don’t have that ability in any of those states. We live in a money-oriented society, so we want to make sure that people can have a place wherever they’re at, and know that this place is full of empathy, love and resources … you don’t have to be a millionaire to get help.”

To get more involved with the Tupac Amaru Shakur Foundation and their 50 for 50 campaign, you can text TUPAC to 44321 or visit their website here. You can also follow TASF on social media @4tasf.