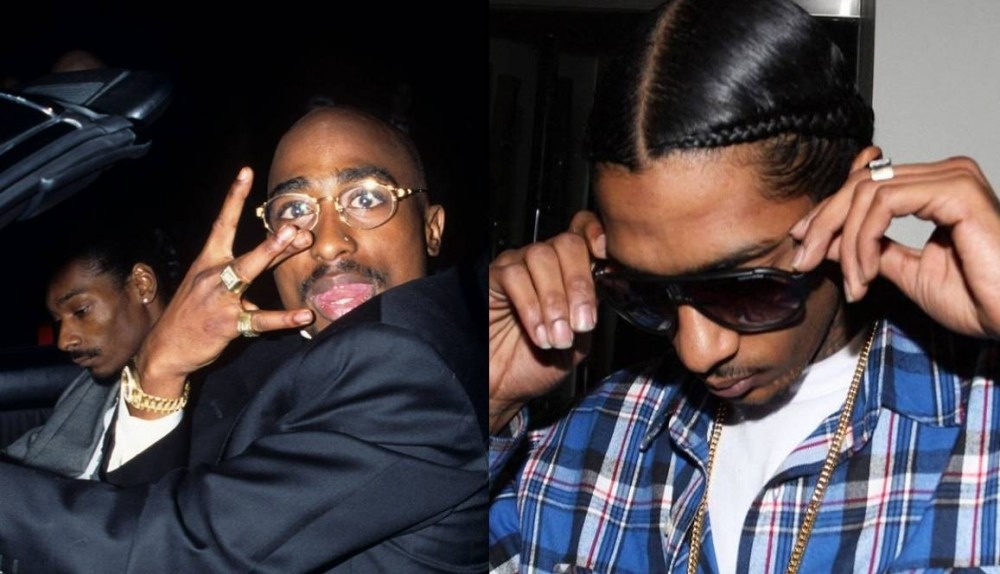 During an episode of Fearless with Jason Whitlock, the dogmatic host spoke about gangsta rap now being the preferred soundtrack for youth sports, something he said is detrimental to kids growing up in this generation. In a clip posted by Art Of Dialogue, Whitlock explained what he thinks is the difference between actors and rappers.

“You can’t compare that. 2Pac wasn’t playing a role. He wasn’t acting as a thug. He was a thug and wanted everybody to know it. That’s why he tattooed ‘Thug Life’ across the front of his stomach. There’s no acting involved here. This isn’t a fantasy world. They’re trying to create a reality, and they’ve done it.”

Whitlock then drew parallels between rap music and Satanism, adding: “They’re soldiers for the Devil. They have cut a deal for the money, for the fame, for the attention, for the women, for the girls, that they will sell a Satanic version of music to our kids.

“They’ve taken the paycheck, they’ve taken the gold chains and all the adulation for demonizing and grooming our kids. This will not have a good conclusion. We can already see it, but it will get worse.  There will be a difference between kids of my generation who could quote the Isley Brothers as opposed to kids in this current generation who are quoting Nipsey Hussle and Snoop Dogg.”

Of course, Whitlock’s opinion wasn’t a popular one among Hip Hop fans, especially when it related to the late 2Pac. As one person wrote in the comment section, “Nothing satanic about Pac’s uplifting messages like Keep Ya Head Up, Brenda’s Got A Baby. His music has helped millions while Jason just annoys people on a a show.”

Another added: “This how you know people don’t really listen to Pac… he mentioned Thug Life across Pac’s stomach but not what it represents because if he went into explaining it his point would be refuted!!!”

Whitlock’s statements aren’t unusual by any means. In May, Texas congressman Ronny Jackson blamed rap lyrics and video games for the horrific Uvalde school shooting that claimed the lives of 19 children and two teachers. During an interview with Fox News, Jackson posed the question: “How can something like this happen?”

He continued, “Our culture has changed over the last 30 or 40 years, and there’s been an attack on those things in particular. I just think kids are exposed to all kinds of horrible stuff nowadays. I look back and I think about the horrible stuff they hear when they listen to rap music, the video games they watch from a really early age and all of this horrible violence and stuff. I just think they have all this access to the internet on a regular basis, which is just not good for kids.”