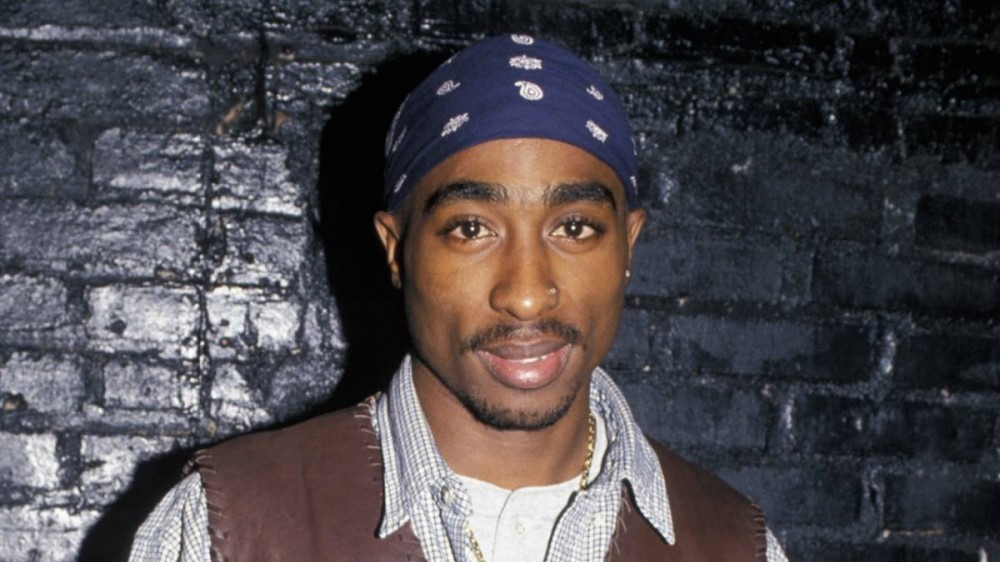 2Pac fans have taken to social media to pay tribute to the late rap legend on the 26th anniversary of his death.

The former Death Row Records rapper died on September 13, 1996, six days after he was shot near the intersection of East Flamingo Road and Koval Lane in Las Vegas. He was just 25 years old.

2Pac’s killer has never been brought to justice, but regardless, the rapper left behind him a legacy unlike any other. Fans from all over have paid tributes to Makaveli on Twitter.

Another die-hard fan re-shared a 1996 photo of ‘Pac and Snoop at the MTV VMA’s. It would be the pair’s final photo together.

“He never wanted to be silenced even after death,” wrote another fan. “He wanted his legacy to forever be sparked & I’m going to make sure that #2PAC never burns out.”

26 years ago today, 2Pac & Snoop took their final photos together at the 96 VMAs pic.twitter.com/n4jrOBf3Fr

September 7th 1996, the day that changed hip hop forever . Makaveli forever lives. He never wanted to be silenced even after death , he wanted his legacy to forever be sparked & I’m going to make sure that #2PAC never burns out . 💯💯 🐐🐐 pic.twitter.com/BhE2LBw6C4

While his murder remains unsolved, Reggie Wright Jr., the former head of security for Death Row Records, sat down for an interview with Bomb1st in April and said there had been an “uptick” in police activity related to 2Pac’s death. He even claimed that Keefe D might soon be charged with a crime.

Keefe D had previously admitted to being an accomplice in the car when his nephew Orlando Anderson– long theorized to be the trigger man behind 2Pac’s murder –allegedly fired the fatal shots.

“Let’s put it this way, I bet Keefe D [has] been having the runs for the last two weeks,” Wright said at the time. “Because yeah, they are knocking on doors and there’s some activity.”

Keefe D responded to the rumors by claiming the Death Row security head was just obsessed with him.

“I’m tired of him. He bringing up my name,” Keefe said in an interview with The Art of Dialogue. “He brought up my name from day one. I am tired of him … I don’t know what’s wrong with the dude. He obsessed with me. You heard of that song by Mariah Carey? Shit, leave me the fuck alone bitch.”

In related news, 2Pac’s stepfather Mutulu Shakur, who has been behind bars for more than 35 years and was diagnosed in prison with a rare and incurable form of blood cancer in 2019, was recently informed he has up to six months to live.

Shakur applied for a “compassionate release” in May 2020 after he was diagnosed, but it was ultimately denied by U.S. District Judge Charles Haight Jr., who claimed his health hadn’t deteriorated enough and that his crimes had been too severe.

“Should it develop that Shakur’s condition deteriorates further, to the point of approaching death, he may apply again to the Court, for a release that in those circumstances could be justified as ‘compassionate,’” Haight said in the ruling (per NBC News).

Check out more tributes for 2Pac below:

“Long live the rose that grew from concrete when no one else even cared.” – @2PAC

Did you know #Tupac has been nominated for 6️⃣ #GRAMMYs? pic.twitter.com/kbpAVsKdMo

From 1993 until he died on Sept 13, 1996 I used to hang out with 2Pac at The Comedy Store . He was a nice guy and the same age. It was a crazy time back then. I was with him when people pulled guns at The Comedy Store and we all had to run out. I think about him a lot. RIP KING. pic.twitter.com/WzQw7lzMZw

26 years ago today, the GOAT of hip hop was shot in Las Vegas. He would pass away 6 days later at 4:03pm on Friday the 13th. This photo was taken less than 1 minute before he would be shot. @2PAC influence is still felt to this very day. He lives eternal.#RIP2Pac pic.twitter.com/Fpaqvbw8Vp

26 years ago today, 2Pac Shakur transitioned from this life to the next one. rip king, we’ll forever miss you and remember the impact you left on this world! 🤍🕊 pic.twitter.com/hmy1bxD5Hx

Today we remember the life & legacy of the one and only legend 2Pac 🌹🙏🏽🕊 Today marks 26 years since we lost one of the greatest to ever do it! 🐐
•
LISTEN LIVE & TAP in with us as we celebrate what Pac means to us! https://t.co/SOyg2KoDYI pic.twitter.com/DajbmnRi9a

Today marks 26 years since Tupac Shakur passed away, yet his impact on humanity is stronger today than ever before. pic.twitter.com/r4slvXzMgq

🗓 ON THIS DAY in 1996…@MikeTyson defeated Bruce Seldon for the WBA Heavyweight World Title in Las Vegas.

The night however is better remembered as the night rapper Tupac Shakur was fatally shot after attending the event.#Boxing #TysonSeldon #2pac #TupacShakur #MikeTyson pic.twitter.com/E998bT5NdI

"Death is not the greatest loss in life. The greatest loss is what dies inside while still alive. Never surrender." – Tupac Shakur#OnThisDay in 1996, we lost the prolific and powerful @2PAC Shakur but his words and legacy continue to change people’s lives to this day. RIP pic.twitter.com/qqIeLFZTfo

Today, 1996, the world lost @2PAC ‼️ 26 years later, his death still seems unreal. He's still much talked about as if he were still alive. What a great influence Pac is!

Rest In Power to the OG @2PAC pic.twitter.com/1lRbnsxrga