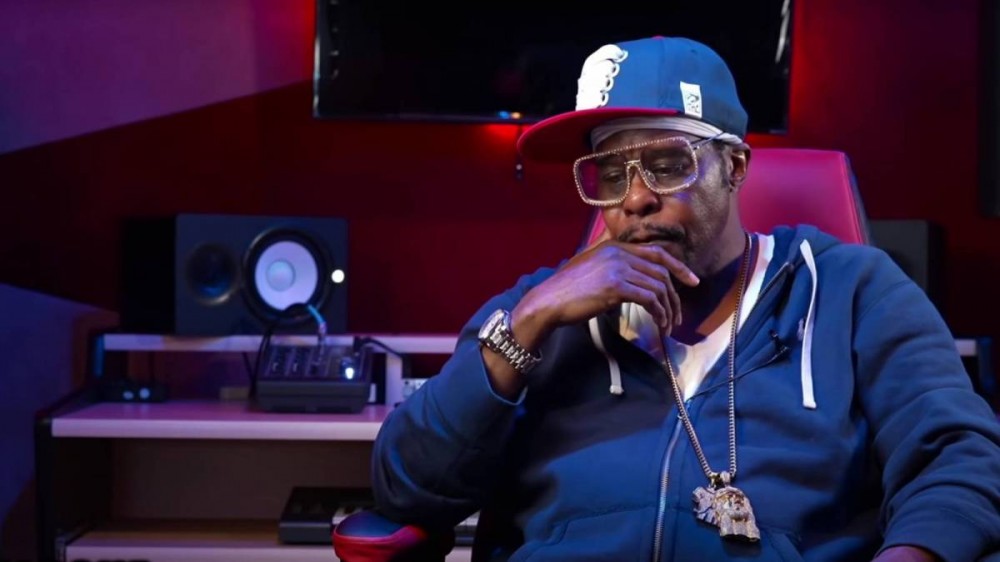 2Pac had a premonition he would die young, which he vocalized multiple times in his music. As he raps on the 1995 single “If I Die Tonight” from Me Against The World, “I hope they bury me and send me to my rest/Headlines readin ‘Murdered to death’/My last breath.”

He takes it a step further on “Only God Can Judge Me” when he says, “Flatline/I hear the doctor standing over me screamin’ I can make it/Got a body full of bullet holes layin’ here naked/Still I, can’t breathe, somethings evil in my IV/’Cause every time I breathe, I think they killin’ me.” But perhaps the eeriest premonition came in the video for “I Ain’t Mad At Cha,” filmed just one month before his death.

In the clip, 2Pac gets shot several times after leaving an event (just like he did on September 7, 1996 when he was leaving the MGM Grand Hotel in Las Vegas, Nevada). He then dies in an ambulance before the scene transitions to heaven where ‘Pac arrives donning a white suit. But according to legendary Hip Hop artist Smooth B of Nice & Smooth, ‘Pac predicted his death extremely accurately.

Speaking to the Art of Dialogue in a recent interview, Smooth B talked about his friendship with 2Pac and said he was well aware his days were numbered. The 53-year-old MC recalled staying at a swanky West Hollywood hotel and having ‘Pac show up at his door while he was getting a massage.

2Pac noticed Smooth B had a few photos of of his children scattered around the room and asked, “Is that your kids? Oh man Smooth, that’s beautiful. You a great father, man. These kids is lucky, man.”

Smooth B replied, “You’ll make a great father.” But 2Pac said, “Nah, I ain’t gonna be no father. I ain’t gonna be around long enough to have no kids.” Smooth B asked how old he was at the time and he said 23.

2Pac died on September 13, 1996, six days after he was shot near the intersection of East Flamingo Road and Koval Lane. He was 25.