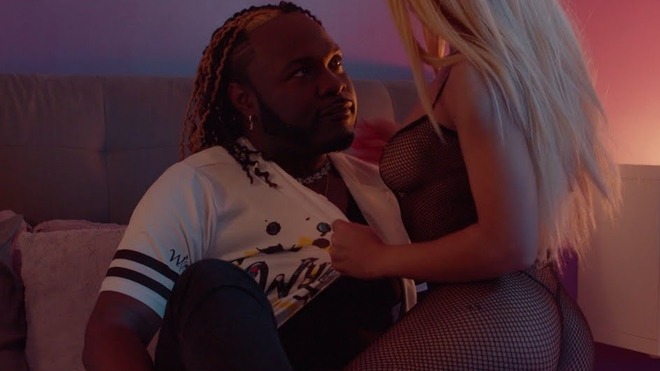 New Jersey rapper 2Dee released a music video for his latest joint titled ‘Love Again.’ The visuals take the listeners for an emotional trip wrapped up with a fire flow, and great lines. 2Dee resprested one the best qualities of a rap game and proves he is the one to follow in the future.

As the press release notes, Music has always been a refuge for many artists. For 2Dee, rap music was his go-to safeway to distract him from the rough streaks of the Newark streets. His Haitian origins paired with the New Jersey swag make for a splendid. His tough road eventually brought him to music and he established a common music connection with a few colleagues, starting with Wyld Stylaz.

Music takes its shape in many forms. Sometimes as the background noise to your busy life. Sometimes as the escape from your rugged routine. For 2Dee, rap music was his outlet while growing up to keep him distracted from the rough patches of the Newark streets. He was born in Haiti and came to New Jersey when he was two, eventually established a mutual music connection with a few guys, and began Wyld Stylaz. After years of success with the rap group and working with Mozzy, Zoey Dollaz, Troy Ave, and Mickey Factz., things began to slow down due to legal issues some members found themselves in. 2Dee decided to embark on a solo project to focus on his own growth. He is a self-made artist, teaching himself how to mix, master, produce, and to play the guitar and piano. Now, he does it with a few trusted people which includes his brother and producer (Xclusive). 2Dee finds inspiration in artists that worked their way up independently like Yo Gotti, Jay Z and Tech N9ne.