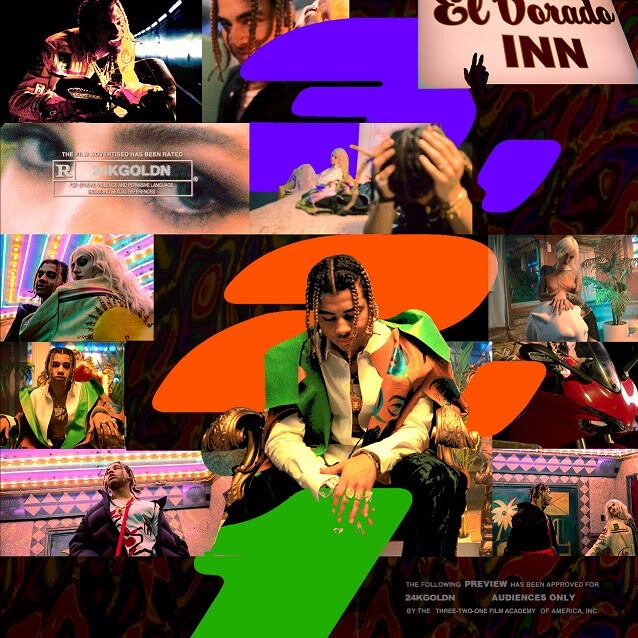 With 26 weeks and counting on the Billboard Hot 100 (24 of which were in the Top 10, 8 weeks at #1, remaining at #5 today) with “Mood,” whilst making his late night and daytime television debuts, 24kGoldn has firmly established himself as one of the biggest breakout stars of the year. The R.I.A.A. certified triple platinum hit has attained certifications in 28 countries worldwide and continues to move with over 1.3 billion streams to date – even breaking the Pop radio record for most spins in a 7-day period. Shortly after being named the first YouTube Artist on the Rise of 2021, and being featured in Hulu’s Black History Month concert, it’s clear that 24kGoldn is just getting started.