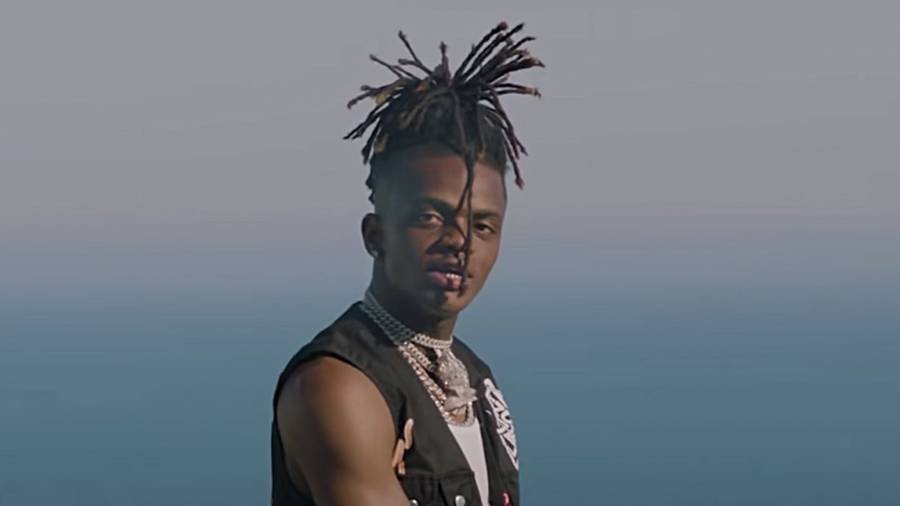 JayDaYoungan seems to stay in the news more for his drama than his music.

The Louisiana native is facing domestic violence accusations from his ex and son’s mother Jordan Brooks amid her fight with Jay’s current girlfriend, Cuban Doll. Brooks shared photos of her pregnancy from 2020 that show her badly beaten and bruised, which seems to coincide with two different arrests Jay faced last year for domestic violence.

In her caption, Brooks tagged Cuban Doll and accused her of making jokes about the incident on Instagram Live.

“@cubanndasavage THIS WHAT IM BLACK MAILING HIM ON?” she questioned. “THIS WHAT THE LIL JOKE WAS BOUT ON THE LIVE? ‘You had enough beatings’ … funny? Oh @jaydayoungan I’m not holding nothing over your head love, don’t feel that way telling her that’s how you feel tell me … thanks :)”

Cuban responded on Twitter but didn’t tag Brooks, calling her a “hurt hoe.”

“Im never free but I made time,” she wrote. “Nobody can move my spirit, Yeen got that type of power over me. A Hurt Hoe Can’t Hurt Me!”

Jay was arrested in February and October 2020 for allegedly attacking a woman both times. In February, the woman was described by police as pregnant and he was arrested on a family domestic abuse warrant when he was found hiding in an attic in Harris County, Texas. Authorities also discovered oxycodone, promethazine, marijuana, several firearms and $24,000 in cash during the arrest.

The October arrest included battery, family violence and three felony fugitive from justice charges. The arrest warrant alleges the “23 Island” rapper “did punch, push and grab” an individual who was “living or formerly living in the same household,” “leaving visible marks and scars” on their arms.

Both Jay and Brooks were also arrested in a separate incident in Georgia in April along with five other individuals. They were hit with multiple charges, including narcotics possession, tampering with evidence and possession of a firearm/knife during commission of a crime.