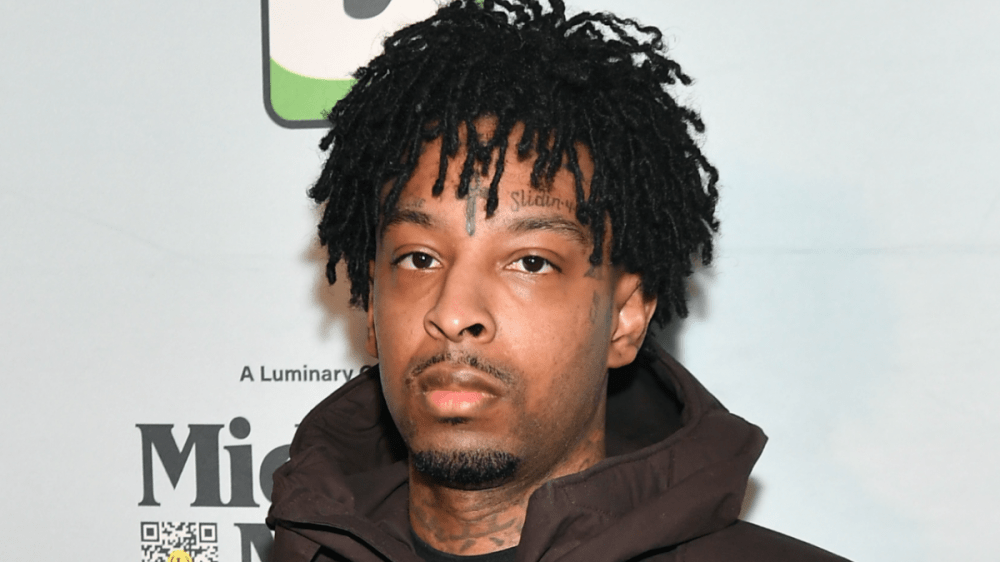 21 Savage is still feeling the impact of his 2019 arrest by U.S. Immigration and Customs Enforcement (ICE) agents.

According to TMZ, his case — which could see him get deported back to the United Kingdom following an expired visa — is still in limbo due to an ongoing criminal case against him in DeKalb County, Georgia.

Federal agents allege that the “a lot” rapper ditched a bottle of codeine outside his car. They also discovered a handgun inside his vehicle.

TMZ‘s report continued to reveal that there are currently no scheduled court dates on the books for 21 Savage — born Shéyaa Bin Abraham-Joseph.

Somehow, 21 wasn’t formally hit with charges for possession of a gun and possession of a schedule II controlled substance by the DeKalb County Sheriff’s Office until January 2022, although he turned himself in on September 23, 2021 and was bonded out immediately.

“Last night’s manufactured charges are yet another example of how our justice system, from ICE down to the local level, unjustly targets young Black men who seek to exercise their rights,” Savage’s lawyer Charles Kuck said at the time. “There is no legitimate basis for these charges nor for ICE’s continued antics, and we will fight until Mr. Joseph is justly vindicated.”

21 Savage ultimately faces deportation and a 10-year ban from returning to America if found guilty. Although, his immigration status will only be determined once the DeKalb County case is resolved.

On the music side, he’s stayed busy recently dishing out assists for Latto, Shenseea, and the late King Von.