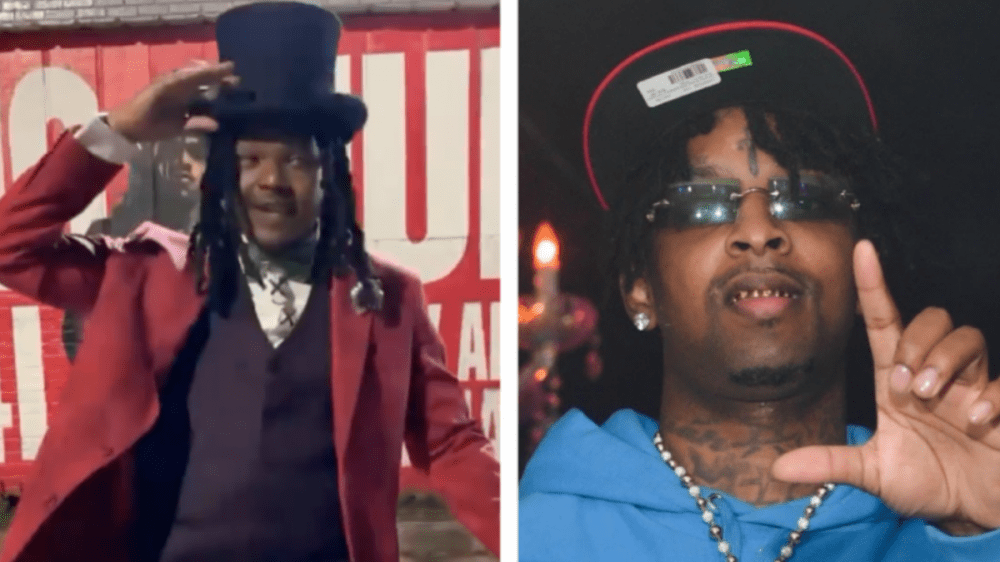 Atlanta rapper Young Nudy returned with the release of his new album titled DR. EV4L on Tuesday (May 18).

Released on RCA Records, the new project consists of 13 tracks with a guest appearance from his cousin, 21 Savage, along with Lil Uzi Vert and G Herbo. The project serves as the follow-up to his February 2020 debut album Anyways, which peaked at No. 109 on the Billboard 200 chart.

In his “Child’s Play” verse, 21 Savage raps, “Big 4L, pussy/Spray the block down, turn the car ’round/When we come around, shells on the ground/Strip a n-gga, now his pants on the ground/Wrong move leave your mans on the ground.”

Young Nudy hosted a release party in Georgia on Monday night (May 17), where he dressed up in the same outfit as his album cover. Akademiks posted a video of the 28-year-old in the top hat and red suit with a cane in hand, with commenters saying he looks like “one of Batman’s opps” and “the joker if he was from Atlanta.” Another compared his look to Panic! at the Disco’s Brendon Urie.

In a February 2020 interview with Complex, Young Nudy admitted he feels underappreciated but isn’t concerned about approval from others due to the progress he’s making.

“They still be sleeping, but I got to the point where I don’t even give a fuck,” he said. “It’s all about the Nudy fans now. Yeah, man. The Nudy fans love me. Then shit, I know somebody loves me. Folk are catching onto it, though. Shit has been progressing more. It ain’t going down. It always goes up. I wouldn’t let myself go down. I’ll show my ass in the industry before I let myself go down. Show my real color. [They’ll be like], ‘I did not know he act like that.’”