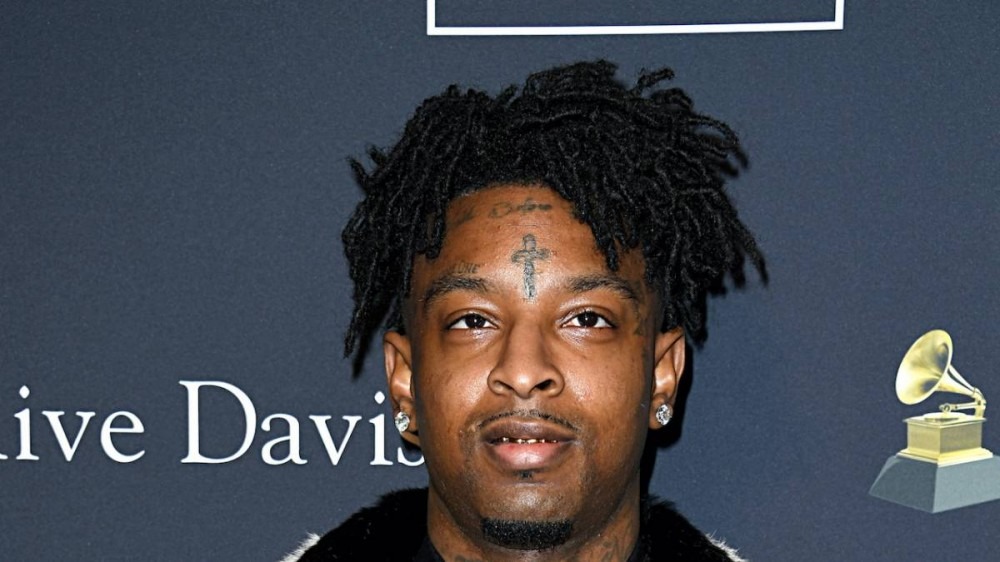 The ‘Gram – The “Usher bucks” jokes likely won’t stop on the internet anytime soon. Now, 21 Savage has added himself to the laughs on social media.

After the R&B giant tweeted about his own face-stamped currency on April 3 and renowned exotic dancer Gizelle Marie accused the “OMG” singer of tossing around counterfeit cash at Las Vegas strip club Sapphire Monday (April 12), 21 Savage posted a hilarious photo of himself spreading out a wad of Usher bucks in his hands.

“Y’all aint the only ones gettin that Usher money,” 21’s caption reads with the photo.

True to his stage name, the “Runnin” rapper is a savage for this wisecrack. It’s unclear how many Usher bucks 21 is holding in the photo or Usher M’s he’s got in his bank account.

However, the Atlanta-bred rapper has raked in plenty of money from his 2018 collaborative hit single “a lot” featuring J. Cole that was certified 5x-platinum by the Recording Industry Association of America (RIAA) earlier this month. The song served as the lead single from his second studio album i am > i was, which was nominated in the Best Rap Album category at the 2020 Grammy Awards.