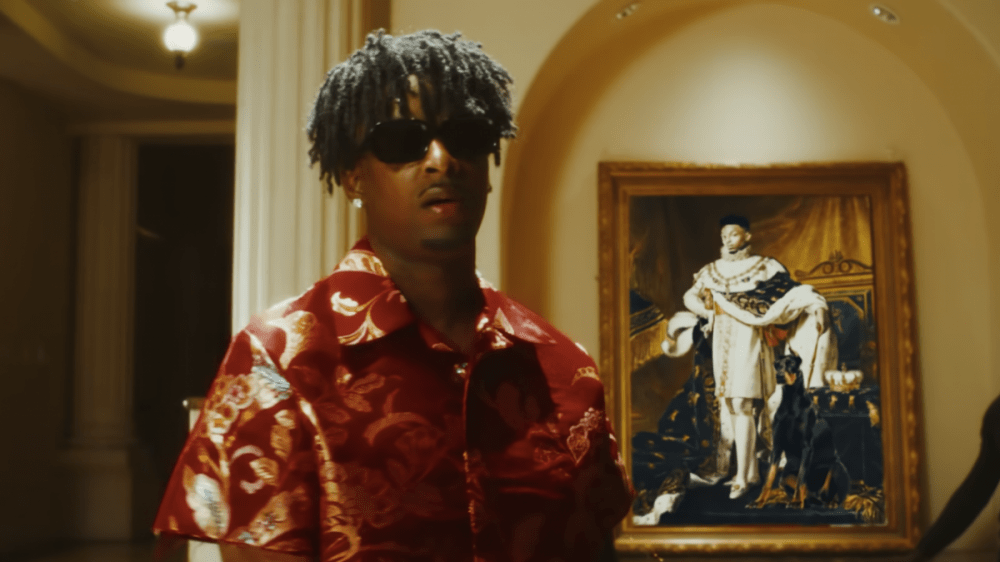 21 Savage fans are calling for him to be crowned King of England following Queen Elizabeth II’s death.

The Queen passed away at age 96 at Balmoral Castle in Scotland on Thursday (September 8), bringing an end to her historic 70-year reign over Britain and the Commonwealth countries.

As tributes poured in from around the world following her death, 21 Savage fans had another thing in mind as jokes about the Savage Mode rapper succeeding Queen Elizabeth II on the throne circulated online.

“Idk how it works but I nominate 21 Savage as the new King of England,” read one viral tweet, referencing his unlikely British roots. The tweet has over 53,000 likes and 10,000 retweets.

Idk how it works but I nominate 21 Savage as the new King of England pic.twitter.com/DbEIFycMd4

The jokes continued to flood in, with one fan photoshopping 21 in aristocrat-style clothing and writing: “I nominate Sir Savage the 21st as the new monarch of England in the wake of the Queen’s passing.”

Another posted the meme of the rapper looking like a supervillain while joking: “21 savage appearing on the BBC declaring himself the new King of the UK as an act of revenge for getting deported from the US.”

Even Norm Kelly, the humorous retired Canadian politician, joined the fun by posting a photo of 21 on his Instagram Stories along with the caption: “21 SAVAGE FOR KING.”

I nominate Sir Savage the 21st as the new monarch of England in the wake of the Queen's passing pic.twitter.com/4fhDaPLO4w

21 savage appearing on the BBC declaring himself the new King of the UK as an act of revenge for getting deported from the US pic.twitter.com/oY5Ev2pddh

21 Savage’s British nationality came to light following his Immigration and Customs Enforcement (ICE) arrest in 2019. It was revealed he was actually born in London, despite being synonymous with Atlanta Hip Hop.

Authorities said the rapper entered the United States with his mother in July 2005 — at which time he would’ve been 12 years old — and unlawfully overstayed a visa that expired the following year.

In an interview with ABC’s Good Morning America shortly after his ICE arrest, 21 opened up about his previously unknown British origin and revealed he kept it quiet for fear of being sent back to the U.K.

“I knew I wasn’t born here, but I didn’t know what that meant as far as when I transitioned into an adult, how it was going to affect my life,” he said. “I didn’t want to get deported so I’m not going to just come out and say, ‘Hey, by the way, I wasn’t born here.’”

21 Savage has since embraced the jokes about his British roots, featuring old fashioned muskets in the video for his Savage Mode II track “My Dawg.” “N-ggas keep talking that UK shit like I ain’t got AKs / Like because I was born overseas these muthafuckas ain’t gon’ spray spray,” he rapped on the track.

The real successor to Queen Elizabeth II is her son, King Charles III, who addressed the British people as a monarch for the first time on Friday (September 9). His wife, Camilla, is the new Queen Consort.