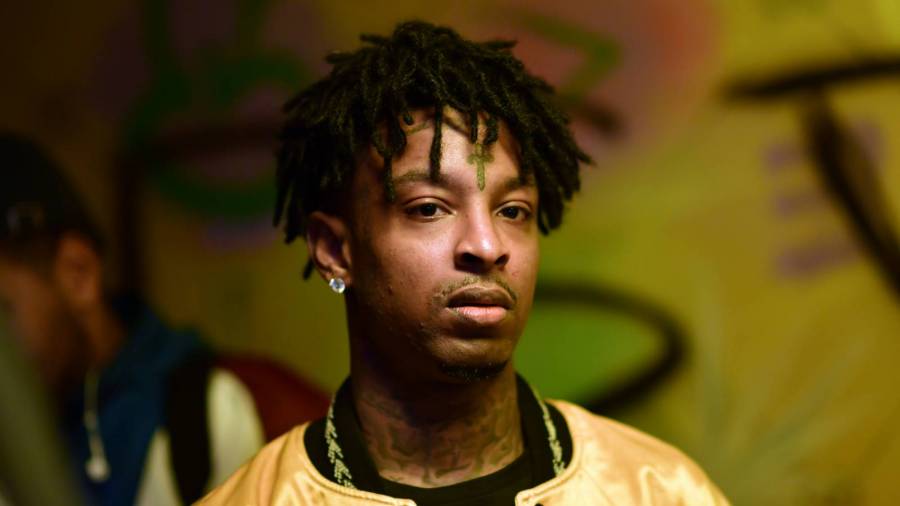 21 Savage is defending the violent stories he often paints in his lyrics, reminding people it’s art and not real life. On Monday (August 8), the Atlanta-based rapper tweeted a message about gun violence that read: “Atlanta We Have To Do Better Put The F****** Guns Down!”

Someone replied with a GIF of a man looking confused and some of 21 Savage’s lyrics from his Billboard chart-topping Drake collaboration “Jimmy Cooks” in the caption.

“Spin the block twice like there ain’t nowhere to park,” they wrote, to which 21 Savage replied, “A Song Is For Entertainment It’s Not An Instruction Manual On How To Live Life In Real Life I Give Away A Lot Of Money And Spread Financial Literacy To My Community Stop Trying To Make Me 1-Dimensional.”

Rap lyrics used as evidence in criminal cases has been a hot topic as of late. In June, 300 Entertainment’s Kevin Liles and Atlantic’s COO Julie Greenwald launched a petition dubbed “Rap Music on Trial: Protect Black Art,” which focuses on how prosecutors have continuously attempted to use rap lyrics in a courtroom.

The petition detailed how Young Thug, Gunna and their Young Stoner Life (YSL) collective have fallen victim to this prosecutorial tactic during their ongoing RICO case. As Liles and Greenwald explained in a joint statement, “Weaponizing creative expression against artists is obviously wrong. But what gets us so upset is what’s happening to Young Thug, Gunna, and YSL is just the most high-profile case.”

Last month, the Restoring Artistic Protection Act (RAP Act) was introduced in the U.S. House of Representatives by Congressmen Hank Johnson (D-GA) and Jamaal Bowman (D-NY) amid growing concerns over lyrics being used against artists in criminal cases.

The first-of-its-kind bill seeks to “limit the admissibility of evidence of a defendant’s creative or artistic expression against such defendant in a criminal proceeding and for other purposes” and is aimed at amending Federal Rules of Evidence laws.