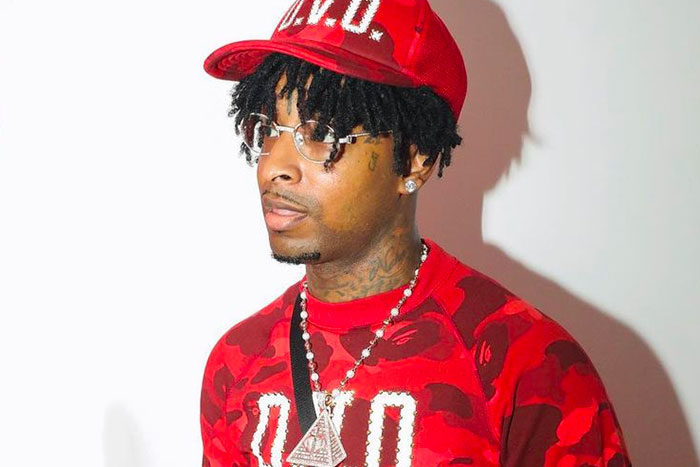 Following the death of King Von earlier this month, the Savage Mode rapper purchased a Range Rover Sport for his sister. Kayla Bennett showed off her fancy new ride on social media while thanking Savage for his generous gift.

“Von was about to sneak and buy me a car before he passed,” Kayla said. “And look my brother still made sure I got it.”

She shared photos of herself behind the wheel of the white whip with red and black interior. In the back seat was a bouquet of 21 roses from Savage. “2021 PAID FA WITH 21 ROSES ! NOBODY EVA BOUGHT ME ROSES !” Kayla captioned her post. “I LOVE MY BIG BROTHER @21savage #REALNIGGAFRRRRR ❤️❤️❤️ 4L.”

But social media wasn’t as kind and questioned the motive behind the generous gift, with some even suggesting that Savage purchased the car to get with Kayla.

Taking to Twitter, 21 responded to the “disrespectful” comments while defending his purchase, saying that Von was planning to give his sister the vehicle for her birthday prior to his death.

“I never speak on stuff like this because I don’t do it for the Internet but y’all being disrespectful,” Savage wrote. “I knew kayla before I knew von because she talks to my little brother . Von was already planning on purchasing the gift for her birthday and due to his untimely passing he wasn’t able to finish so all I did was finish what he started because I told kayla when he passed I had her 4L and I meant it.”

He also had a message for those who criticized him. “All the immature comments and speculations surrounding this are very insensitive please keep them too yourself,” he added. “Respect to his family, his children O Block OTF and anybody else I left out… LONG LIVE KING VON !!!”

King Von was shot and killed following an argument outside an Atlanta nightclub on Nov. 6. A man has been arrested and charged with felony murder in the fatal shooting of the 26-year-old Chicago rapper.