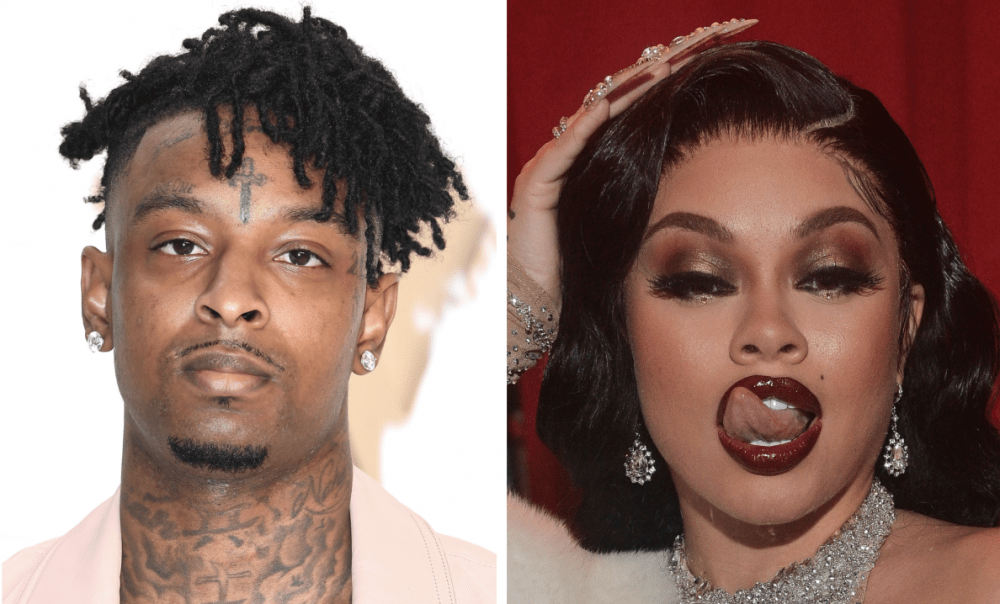 21 Savage is shooting his shot with Mulatto, but he may have made the mistake of pressing send to his public Instagram Story rather than hitting the private DMs. 21 shouted-out Big Latto on his IG Story Tuesday night (March 30) before swiftly taking the post down within minutes.

“No makeup Dam u fine It’s only 1 way I can come bout you twin,” he captioned the Instagram Story featuring a photo from earlier this year of Mulatto.

Before the flirty post was erased, fans got their hands on screenshots and realized 21 was reigniting romance rumors, which created some chatter across social media channels.

“If 21 savage is with mulatto ima have a heart attack,” one fan wrote on Twitter.

Another joked, “They said 21 savage trynna marry mulatto for citizenship.”

21 Savage and Mulatto previously collaborated in 2020 on Queen of Da Souf’s “Pull Up.” It was rumored the ATL duo was dating in 2020 when they seemingly vacationed together in Puerto Rico for Big Latto’s 22nd birthday. In another radio interview, she denied the two were a couple saying, “I be laughing.”

Either way, it’s a good time to be 21 or Mulatto. The “Muwop” rapper collected a handful of plaques earlier this week from the RIAA, while 21 Savage will be helming the lead single to the Saw reboot starring Chris Rock and Samuel L. Jackson.