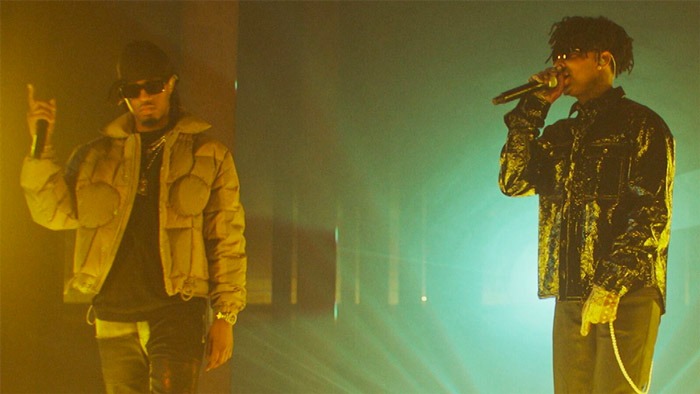 The Atlanta duo teamed up to perform a pair of hits off their collaborative album Savage Mode 2 on “The Tonight Show Starring Jimmy Fallon” on Thursday.

21 started off the performance by paying tribute to the late King Von, who was killed during a shooting in Atlanta last week. “Long live, King Von. The world lost a legend,” he said.

Set in an underground warehouse, the two delivered their standout “Runnin” on a platform surrounded by water and lights. They then switched it up and continued with their Drake-assisted hit “Mr. Right Now,” which peaked at No. 10 on the Billboard Hot 100.

Savage Mode 2, the long-awaited follow-up to their 2016 project, debuted at No. 1 upon its release last month.