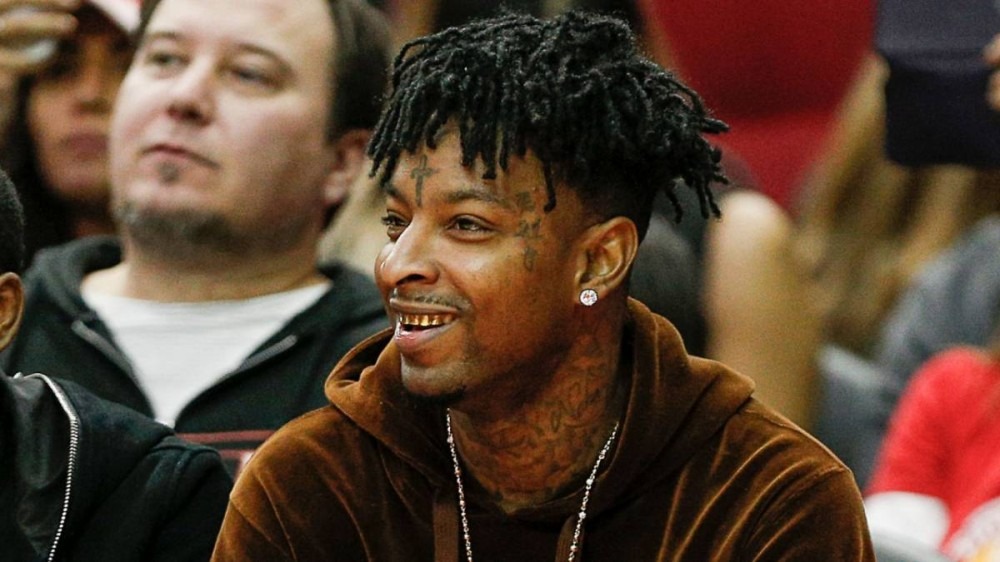 Greensboro, North Carolina – 21 Savage is a guest on J. Cole‘s The Off-Season Tour alongside 2021 HipHopDX Rising Star Morray and comedian Druski, and it’s safe to say the tour has got off to a great start. Fans were treated to a viral moment by Drake, who made a surprise appearance during the show in Miami, Florida last weekend. Now, 21 Savage is next in line giving concertgoers a memorable moment.

During the Greensboro, North Carolina stop on Tuesday night (September 28), 21 Savage hit the stage to join J. Cole for an electrifying rendition of their Grammy Award-winning single “a lot.”

In the video shared by fans in attendance, J. Cole warms the crowd up before 21 makes his entrance. As the Savage Mode rapper makes his way over the catwalk, though, his foot gets caught on something and causes him to tumble. Thankfully, 21 was able to catch himself before falling and land his verse just in time.

21 Savage saw the funny side of his faux pas. “This the closest I’ll ever be to falling off… pu$$y,” he wrote on Instagram while sharing multiple angles of his near-fall.

Many of 21 Savage’s fans and peers on social media praised him for narrowly missing the floor and almost knocking his teeth out. Others made fun of the Atlanta rapper for what was almost a truly embarrassing moment.

Even though The Off-Season Tour is off to a strong start and fans are leaving satisfied, it’s not without its setbacks. While waiting backstage during the Greensboro show, J. Cole revealed his team had to cancel his upcoming shows in Philadelphia and Detroit due to production delays.

According to Cole, the complex stage setup — which includes a full basketball court — takes longer to transport across the country. Because of that, the tour crew won’t have enough time to break everything down, ship it over and have the stage ready for the show the next night. The Detroit show has been moved to October 25, while Cole will perform in Philly on October 27.

“I apologize for the inconvenience,” he said in a video shared by Akademiks. “I know people done hired babysitters, some people drive in from out of town, I hate this shit. Even the fact that people waiting outside right now in Greensboro… that shit is A) embarrassing and B) I think about people’s time. This is the first time this ever happened to us. So I apologize for this shit.”