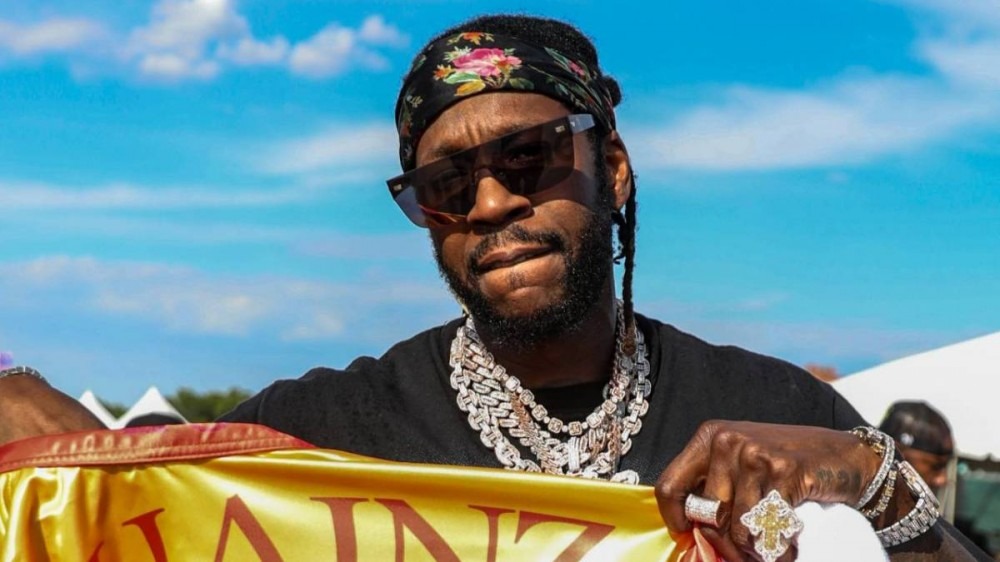 Los Angeles, CA – Dope Don’t Sell Itself but sometimes real estate does. 2 Chainz reportedly made a splash on the West Coast by purchasing a $3.8 million mansion tucked away in Hollywood’s Hidden Hills.

The 8,800 sq. ft. estate was previously owned by actress Eva Longoria and was built in 2006. Decked out with all of the amenities including a pool, movie room, popcorn machine, wet bar, pool table and more across six bedrooms and 7.5 baths. There’s a spacious master closet that should be able to hold some of 2 Chainz’s rare collection of sneakers.

Being a rapper often comes with a bi-coastal lifestyle. Now, 2 Chainz has new digs with plenty of room for his three kids to have fun inside the gated community whenever he needs to travel outside of Georgia to the City of Angels.

Between his swanky designer fashion wardrobe and hosting his own Viceland series titled Most Expensivist, 2 Chainz enjoys the finer things in life when it comes to living lavishly.

On the music side, the Drench God unleashed his final trap album with Dope Don’t Sell Itself, which also serves as the last album to fulfill his contract with Def Jam Records.

The project boasted features from Moneybagg Yo, Lil Baby, Roddy Ricch, NBA YoungBoy and peaked at No. 23 on the Billboard 200.